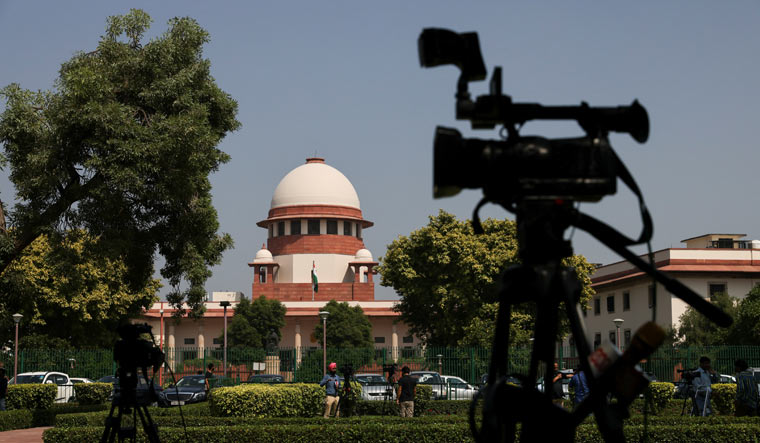 The Supreme Court on Thursday reserved its verdict on a plea challenging the government's decision to constitute a delimitation commission for redrawing the Legislative Assembly and Lok Sabha constituencies in Jammu and Kashmir on grounds that it violated constitutional provisions.

A bench of Justices S K Kaul and Abhay S Oka heard the submissions from Solicitor General Tushar Mehta, counsel for the Election Commission and the lawyer of the petitioners.

The counsel appearing for the two petitioners, Haji Abdul Gani Khan and Mohammad Ayub Mattoo, had argued that the delimitation exercise was carried out in contravention of the scheme of the Constitution and alteration of boundaries and inclusion of extended areas should not have been done.

The plea had sought declaration that the increase in the number of seats from 107 to 114 (including 24 seats in Pakistan Occupied Kashmir) in Jammu and Kashmir is ultra vires constitutional provisions and statutory provisions, particularly under section 63 of the Jammu and Kashmir Reorganisation Act, 2019.

It had said the last Delimitation Commission was set up on July 12, 2002 in exercise of powers conferred by section 3 of the Delimitation Act, 2002 after the 2001 Census to carry out the exercise throughout the country.