'It should not have happened': SC disapproves of Law Minister Kiren Rijiju's remarks on collegium

“It appears govt is upset with non-implementation of NJAC system,” says court 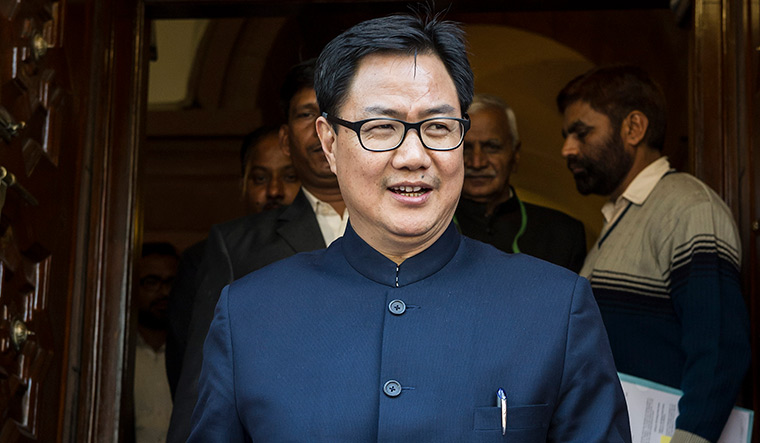 The Supreme Court on Monday expressed strong exception to Law Minister Kiren Rijiju's comments during a television interview where he criticised the collegium system for appointment of judges. The court also expressed anguish over the delay by the Centre in clearing the names recommended by the collegium for appointment as judges in the higher judiciary.

"Many people may have reservations about the law. But till it stands, it is the law of the land...I have ignored all press reports, but this has come from somebody high enough...it should not have happened,” said a bench of justices Sanjay Kishan Kaul and A.S. Oka.

The apex court's remarks came when senior advocate Vikas Singh brought to its notice Rijiju's remarks during a TV interview where he had said, “Never say that the government is sitting on the files, then don’t send the files to the government, you appoint yourself, you run the show then”.

Expressing strong disapproval of the minister's comment, Justice Kaul told Attorney General R. Venkataramani that it appears the government is not happy with the non-implementation of the National Judicial Appointments Commission (NJAC) system. But that cannot be a reason to not to comply with the law of the land, he added.

“I have ignored all press reports, but this has come from somebody high enough...it should not have happened,” said Justice Kaul, reported Live Law.

The apex court had in its 2015 verdict struck down the NJAC Act and the Constitution (99th Amendment) Act, 2014, leading to the revival of the Collegium system of existing judges appointing judges to constitutional courts.