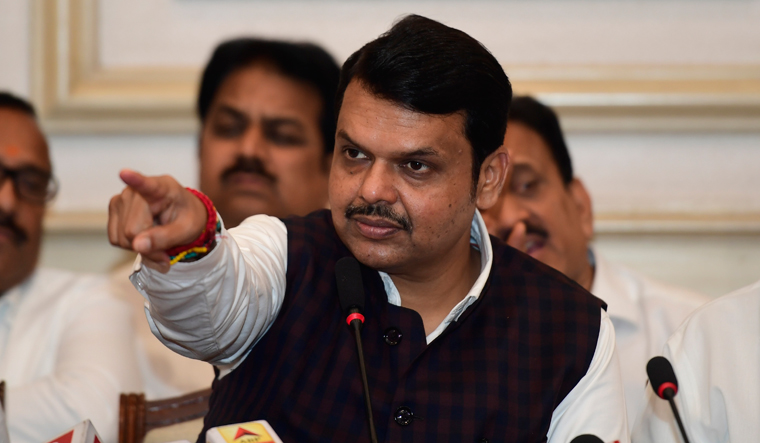 Amid a row caused by remarks of Maharashtra Governor B S Koshyari and BJP spokesperson Sudhanshu Trivedi regarding Chhatrapati Shivaji Maharaj, Deputy Chief Minister Devendra Fadnavis on Sunday said the warrior king will remain a hero and idol for the state and country as long as the sun and moon exist.

"One thing is clear that Chhatrapati Shivaji Maharaj will remain a hero and idol of Maharashtra and our country till the Sun and the Moon exist," Fadnavis, who is attending the closing ceremony of the 71st All India Police Wrestling Cluster Championship in Pune, told reporters.

"Even Governor Bhagat Singh Koshyari had no doubts about this in his mind. Thus, there are various meanings derived from the remarks made by the Governor. I feel there is no other role model than that of Shivaji Maharaj in the country," he added.

Clarifying the statement made by Trivedi, the deputy CM said, "I have clearly heard the statement given by Sudhanshu Trivedi. He never made any statement that Shivaji Maharaj has apologised."

Earlier in the day, senior NCP leader Ajit Pawar said Koshyari must reconsider his continuing on the post of Maharashtra governor, while the Sharad Pawar-led party's national spokesperson Clyde Crasto had demanded that the BJP sack Trivedi.

Meanwhile, speaking about the police event, Fadnavis, who heads the Home department, said a special sports complex and hostel would be built for police personnel, and a proposal on it was in the final stage.