The last date for filing the nominations is today 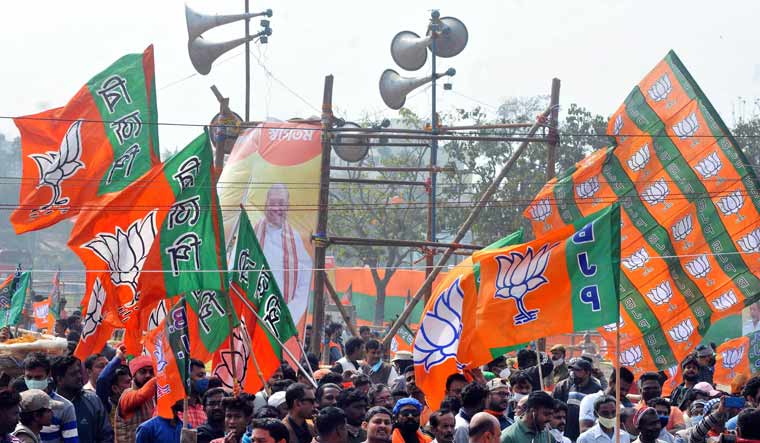 Ahead of the Delhi civic polls, BJP on Monday released its second list of 18 candidates for civic body elections. Earlier the party had announced the first list of 232 candidates.

Delhi BJP chief Adesh Gupta released the list through his tweet. The polls are scheduled to be held on December 4.

The results will be announced on December 7. The nomination process for the polls is underway and the last date for filing the nominations is today. The scrutiny of the forms will take place on November 16.

This year, the number of seats in the corporation has been reduced to 250 by unifying the three municipal corporations into the Municipal Corporation of Delhi.

Ahead of the polls, BJP issued a 'Wachan Patra' promising to provide EWS flats equipped with all the amenities to the slum dwellers in the city.

Congress and AAP had announced their list earlier for the MCD polls.

Meanwhile, high drama unfolded in front of the Delhi's Shastri Park metro station on Sunday as former councillor of AAP Haseeb-ul-Hasan, climbed a high-tension wire tower. Hasan has alleged that he wasn't given a ticket to contest the upcoming Delhi civic body polls. He has threatened to die by suicide. Locals, Police, and fire brigade are at the spot to contain the situation, ANI reported.

The AAP on Saturday announced its final list of 117 candidates for the December 4 polls to the Municipal Corporation of Delhi.