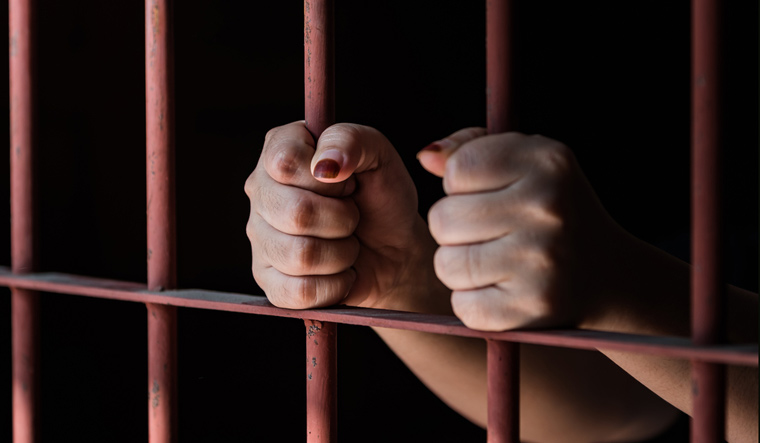 Taking cognizance of public outcry, the Gujarat Government has ordered an inquiry into the incident in which members of a minority community were thrashed by the police in full public glare. The incident had occurred late on Monday night after stones were pelted at a garba venue in the Central Gujarat district of Kheda.

News about the incident has spread like wildfire, after a video clip went viral, and was also shown on several news channels.

Muslims of Undhela village had objected to a garba being organized near a mosque by the village sarpanch. Later, stones were pelted at the venue, when celebrations were on. Several people, including a policeman, were injured.

According to sources, DGP Ashish Bhatia has asked the Ahmedabad Range IG to conduct an inquiry into the incident. Sources said it would also be inquired as to who filmed the incident and made the video clips viral.

The accused were held tight around an electric pole, thrashed with batons and asked to apologize in public by the policemen. Villagers, who had gathered in large numbers, cheered and shouted 'Bharat Mata Ki Jai' and slogans hailing the police.

The inquiry has been ordered even as rights lawyer Anand Yagnik issued legal notice to the Government and the police, on behalf of his client Mujahid Nafees, a rights activist, to initiate suitable action against the erring police officials. The notice states that the thrashing of the men was a violation of human rights.

There was a huge outcry from the minority community about the incident and two Congress MLAs Imran Khedawala and Gyasuddin Shaikh have come out in open condemning it. Earlier, in the first half of Navratri, four Muslim youths were prevented from entering a garba venue in posh Sindhu Bhavan Road in Ahmedabad. They were also thrashed. The nine-night festival, celebrated in Gujarat in a big way, ended two days ago.