BJP sticks to its promises, lives for the society: PM Narendra Modi 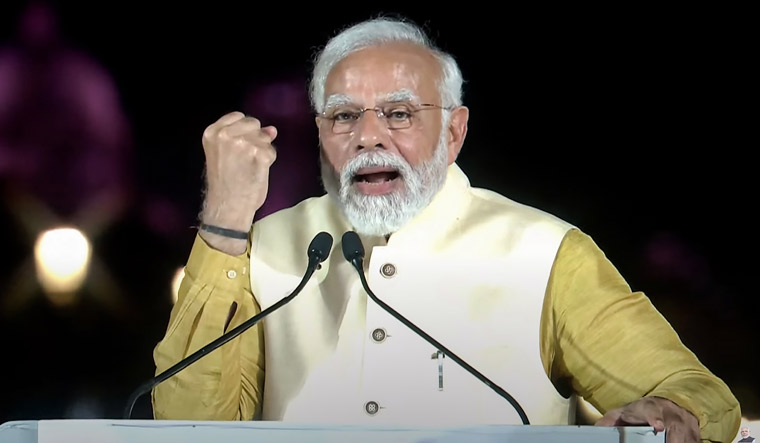 Addressing a public rally in Bhavnagar city of Gujarat's Saurashtra region after launching projects worth over Rs 6,000 crore, Modi also said he has proved his critics wrong by implementing the Saurashtra Narmada Avtaran Irrigation (SAUNI) scheme.

"We did all this work without making any noise or wasting money on publicity. For us, power is only a means to serve the people," Modi said while addressing a huge gathering of people.

"I have proved everyone wrong by implementing the SAUNI Yojana, which was once dubbed as an election-centric announcement. We always stick to our promises. We (BJP) are those who live for the society," the prime minister added.

The ambitious SAUNI Yojana was launched by Modi when he was the chief minister of Gujarat. The scheme is aimed at filling 115 major dams by diverting floodwaters overflowing from the Sardar Sarovar Dam across the Narmada river to the drought areas.