Expected to set the tone ahead of 2024 general elections 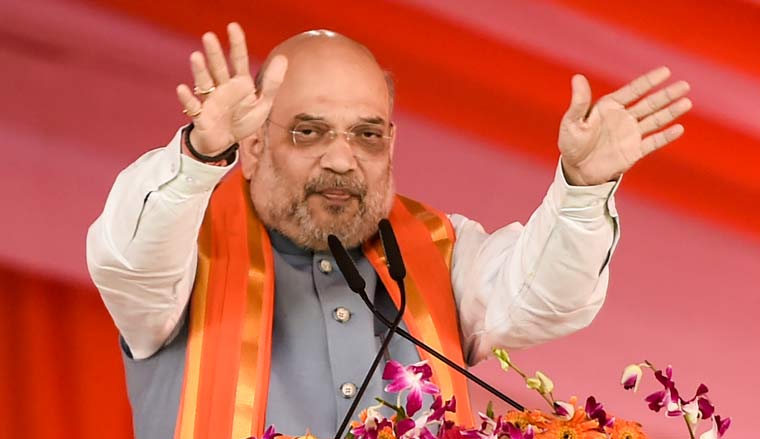 Union Home Minister Amit Shah will begin his two-day visit to Bihar on Friday—the first since Chief Minister Nitish Kumar broke the alliance with the BJP and joined hands with the RJD and Congress to form a grand alliance government.

Shah is expected to set the tone for his party ahead of the 2024 general elections where the BJP will have to take on the JD(U) and the Mahagatbandhan government. He will visit the Seemanchal districts of Purnia and Kishanganj during the two days. On Friday noon, he will address a mega rally named ‘Jan Bhavna Mahasabha’ in Purnia. The party’s Bihar unit has been preparing for Shah’s visit with massive arrangements in place for the rally. They have also come up with a new slogan "Aao chale Bhajpa ke sath, Kare Bihar ka Vikash".

After the rally, Shah will leave for Kishanganj where he will hold discussions with MPs, MLAs and organisational office-bearers on the political scenario in the state. This will be followed by the meeting of BJP state core committee members to discuss their poll strategy in the run up to the 2024 Lok Sabha elections, the Hindustan Times reported.

The ruling grand alliance, however, hit out at Shah and questioned the purpose of his visit, alleging that the BJP will trigger communal disharmony. “We want to ask Union Home Minister Amit Shah - will Centre give special status to Bihar? What's the motive of his visit here? When he comes here, he'll say that there's jungle raj in Bihar, will speak against Muslims and incite Hindus. That's all they do,”: Bihar Deputy Chief Minister Tejashwi Yadav told ANI.

The Seemanchal area of Bihar consists of four districts — Purnia, Kishanganj, Katihar and Araria — where Muslim population is in sizeable number.  These districts that share border with West Bengal and Bangladesh can influence the success of candidates for these parties, both in assembly and general elections. The four districts represent 24 Assembly seats and four Parliamentary seats. In the 2019 Lok Sabha election, BJP won just one seat of Araria, while JD(U) had victories at two seats of Purnia and Katihar and the Kishanganj seat went to the Congress party, ANI stated in a report.