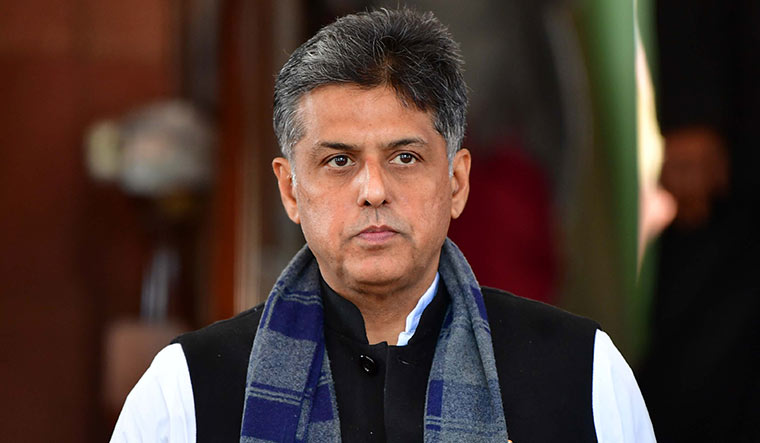 Even as senior leaders Ashok Gehlot and Shashi Tharoor are being seen as potential contenders for the post of Congress president, reports suggest more leaders are willing to throw their hat in the ring especially after party interim president Sonia Gandhi made it clear that anybody can contest the election. The party on Thursday issued a notification for the poll to be held on October 17.

According to reports, Manish Tewari, who is part of the G-23, is considering to contest for the top post. G-23 is a group of dissenters who had written to Sonia Gandhi seeking reforms in the party.

Sources close to the Sri Anandpur Sahib MP revealed that he was in his constituency to meet the state party delegates who are the voters in the election, reported IANS. Those who want to contest for the president's post will need the signatures of 10 Pradesh Congress Committee delegates.

There has been buzz that senior leaders Mallikarjun Kharge and Digvijay Singh also will enter the fray. Kharge, the leader of opposition in Rajya Sabha, is likely to travel to Kerala to attend the Bharat Jodo Yatra and meet Rahul Gandhi.

Meanwhile a TV channel quoted Digvijay Singh as saying that he was not ruling himself out of the race. However, taking to Twitter, Singh, in a tongue-in-cheek remark, thanked the channel "for the spin".

The upcoming polls would be historic as the new president would replace Sonia Gandhi, the longest-serving party president who has been at the helm since 1998, barring the two years between 2017 and 2019 when Rahul Gandhi took over.

Gehlot has made it clear that he is not averse to contest the poll if Rahul Gandhi refuses to file nomination. He, however, also hinted that he would like to continue as the chief minister but suspense continued over whether he would stay on or get a person of his choice to helm the Rajasthan government, or the post would go to his bete noire Sachin Pilot.

Gehlot has arrived in Kerala to meet Rahul Gandhi.