Says they talked about mobilising unity of secular democratic forces 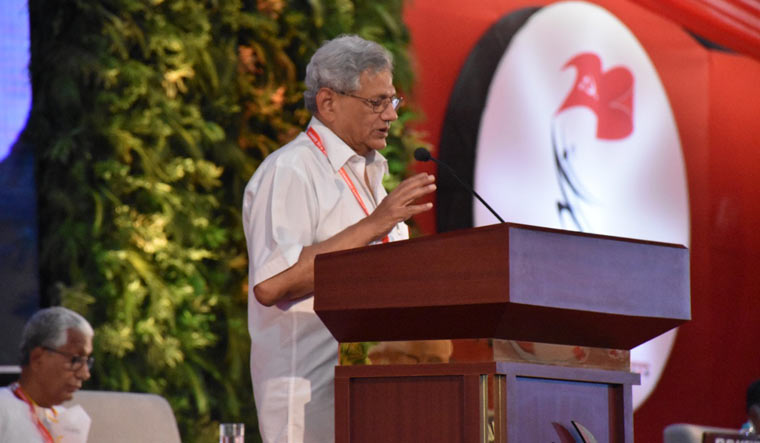 Kumar, the de factor leader of JD(U), had met Yechury during his visit to New Delhi earlier this month.

“Was warmly received by Nitish Kumar ji (@NitishKumar) when I called on him in Patna today. We followed up on our discussions in Delhi to mobilise the broadest unity of secular democratic forces to safeguard the Indian Constitution and the unity & integrity of our country,” the Left leader tweeted.

Yechury, who reached Patna in the evening, also called on RJD chief Lalu Prasad at his home.

“It was truly pleasant to chat with Lalu ji (@laluprasadrjd) at his home in Patna today. We discussed the imperative to save India, its Constitution & peoples inalienable fundamental rights being severely assaulted today,” he said in another Twitter post.

The CPI(M) leader will address the party's Bharat Bachao' (save India) rally at Gandhi Maidan in Patna on Thursday.

The party is organising the rally against the anti-people policies of the BJP-led central government. It is against inflation, unemployment and divisive politics of the BJP, a senior leader of CPI(M)'s Bihar unit said.