Was summoned by the federal agancy last week 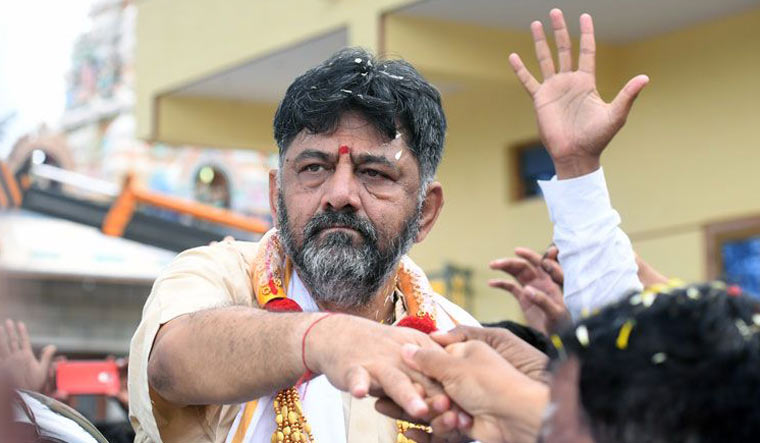 The 60-year-old Congress leader reached the office of the federal agency at A P J Abdul Kalam Road around 12 noon and was seen entering the office after getting a pass made from the front office.

He was accompanied by a few people. Shivakumar was summoned by the ED last week. The Congress leader had said he was not aware of the case for which he has been asked to appear before the agency.

The agency is understood to have issued him the latest summons after taking cognisance of a CBI case against him linked to alleged possession of disproportionate assets.

"In the midst of the #BharatJodoYatra and the Assembly session, they have again issued me an ED summon to appear. I am ready to cooperate but the timing of this summon and the harassment I am put through, is coming in the way of discharging my constitutional and political duties, Shivakumar had then tweeted.

The ED had arrested Shivakumar on September 3, 2019 in another money-laundering case and the Delhi High Court granted him bail in October that year.

The agency had in May this year filed a charge sheet against him and others in this case which was registered after taking cognisance of an Income Tax department charge-sheet filed against him.