Demands include compensation, job for family member and a fast trial 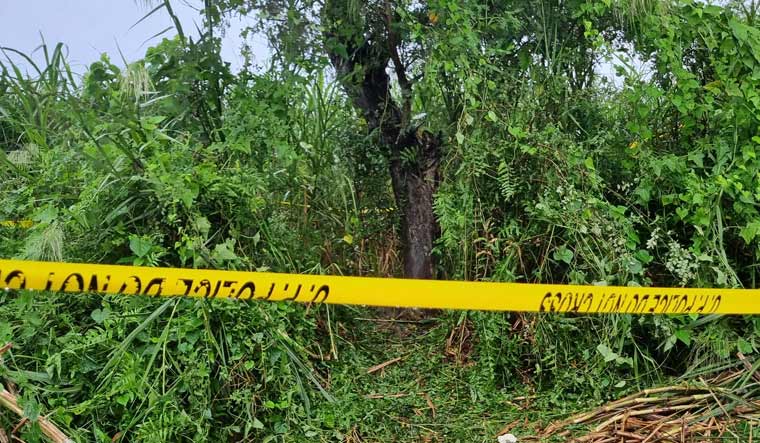 A crime scene tape cordons off a tree where the bodies of two teenage girls were found hanging in Lakhimpur Kheri, Uttar Pradesh | PTI

The family of the two minor girls, who were found hanging from a tree in Uttar Pradesh's Lakhimpur Kheri, has performed their last rites after submitting a list of demands to the administration.

The first demand is that a compensation amount of Rs 8 lakh each for the girls be deposited in the account of their mother Asha Devi by September 16. Members of the Scheduled Castes and Scheduled Tribes communities are entitled to compensation upon the commitment of atrocities on them. However, last month, the Allahabad High Court ruled that victims under the SC/ST (Prevention of Atrocities) Act would be entitled to compensation only upon conviction of the accused and not on filing of FIR or submission of the charge-sheet in court. The court’s contention was that in many cases the involved parties reached a compromise after receiving the compensation amount and this was a misuse of tax payers money.

The second demand is that the compensation under the Rani Laxmibai Yojana be released immediately upon completion of the investigation. The state government scheme ensures monetary and medical relief including financial help for reconstructive surgeries to women who are victims of violence and also for education. It also provides assistance to women and girl children who may not be direct victims of violence but require critical social and economic empowerment. The compensation amount varies as per the needs of the victims/survivors.

The third demand is for a house under the Pradhan Mantri Yojana.

The fourth asks for jobs for the family. The two girls have one elder sister who is married. Their two brothers, who have studied till class 10, work in Delhi as daily wage labourers. The girls’ father is a mason.

The last demand is that the case be heard in a fast-track court and the culprits be given the death sentence.

On Thursday, the district police announced that six arrests had been made in the case.

The family’s demands were written on a ruled piece of paper and was signed by a police officer.

Rahul Yadav, the headman of Tamboli Purwa village, said, “The family told me about the demands, but I am not sure which police officer wrote them out”.

Yadav also said that the atmosphere in the village was much calmer on Thursday evening. He said he had not seen the postmortem report, but the family told him that the girls had been raped.

According to the girls' family, they were abducted by three motorcycle-borne persons. Their house is about 50 metres away from the main village, and close to sugarcane fields. By the time the villagers gathered upon hearing the cries of the girls’ mother, the accused had disappeared with the girls into the fields. It was an hour later that the girls were found hanging from a seesham (Indian rosewood) tree.