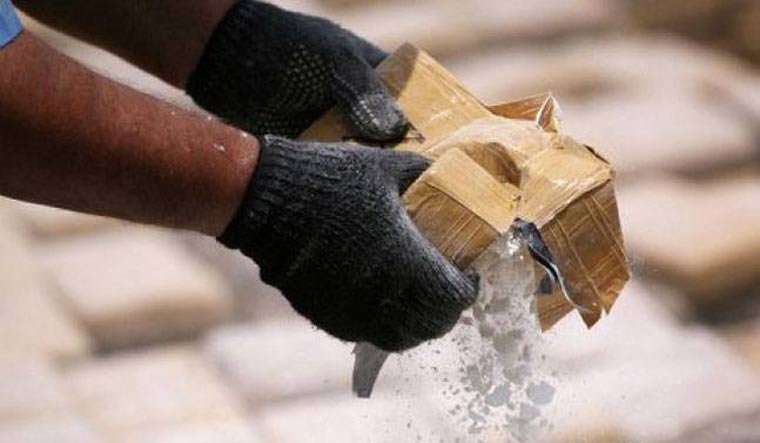 In a joint operation, Anti-Terrorist Squad of Gujarat and Directorate of Revenue Intelligence seized heroin worth nearly Rs 200 crore in the international market, from a port in Kolkata.

Gujarat DGP Ashish Bhatia said in Gandhinagar on Friday that 39.5 kilogram of heroin had arrived in February from Dubai.

'Operation Gear' was carried out at a container freight station named Century. The consignment had 7,220 kg of metal scrap. In the consignment, there were 36 gear boxes. Twelve of these 36 boxes were marked with white ink. Seventy-two packets of heroin were found when the boxes were opened.

The consignment was sent by one SSK General Trading LLC of Dubai Bay.

Bhatia said the operation has yet not been completed and remaining gear boxes are being opened.

The police chief said the seizure was made based on a tip by the Gujarat ATS. He said Gujarat Police has been closely working with the Coast Guard, NCB, Punjab and Delhi Police and other agencies.

Bhatia said so far 1,288 kilogram of drugs, worth approximately Rs 6,440 crore, have been seized by the ATS, based on the tip off of the ATS in Gujarat and other parts of the country, this year.