Car's speed was 89 kmph when it hit divider 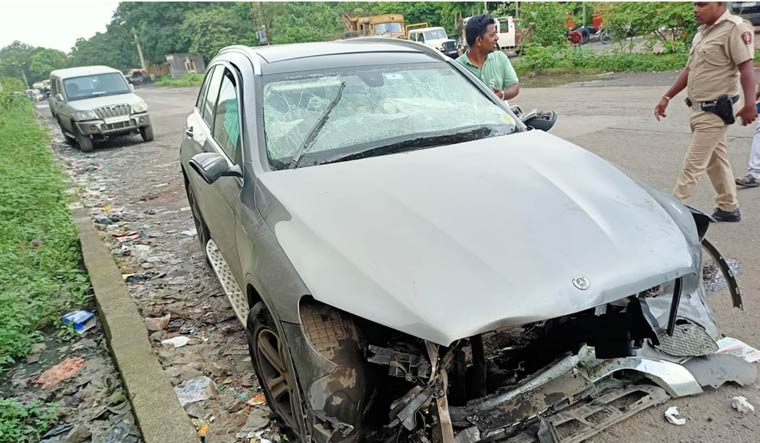 The brakes of the Mercedes car carrying industrialist Cyrus Mistry and three others were applied five seconds before it crashed, the luxury carmaker said in its interim report submitted to Palghar police, an official said.

The police official also said a team of experts from Mercedes-Benz is scheduled to visit Mumbai on Monday from Hong Kong to inspect the car.

Meanwhile, the German automaker said in a statement that it was cooperating with the authorities in the investigation of the car crash and will share the findings only with them as it respects customer privacy and confidentiality.

Mistry (54) and his friend Jahangir Pandole were killed on Sunday when their Mercedes car hit a road divider in Palghar district. Two other car occupants, Anahita Pandole (55), who was at the wheel, and her husband Darius Pandole (60) suffered injuries and were admitted to a private hospital in Mumbai.

The accident occurred on the Surya river bridge when they were on their way to Mumbai from Gujarat.

Mercedes-Benz has submitted its interim report on the fatal accident of industrialist Cyrus Mistry to the Palghar police, which mentions that the brakes of the vehicle were applied five seconds before it crashed into the road divider, a senior official said on Friday.

"Mercedes-Benz has submitted its interim report to the police. It says that the car was running at a speed of 100 kmph a few seconds before the accident, while its speed was 89 kmph when it hit the divider on the bridge," Palghar Superintendent of Police Balasaheb Patil said.

The report says that the car's brakes were applied five seconds before the crash, he said.

Patil added that the Regional Transport Office (RTO) has also submitted its report, which mentioned that four air bags in the car had opened after the crash - three at the driver's seat and one at the adjoining seat.

"A team of experts from Mercedes Benz is coming to Mumbai from Hong Kong on September 12 for inspection of the car," he said.

Till that time, the car will be kept at the Mercedes's unit at One Hiranandani Park in Thane, he said.

"After the inspection, the luxury carmaker will give its final report," he said.

Mercedes-Benz in its statement said, "We respect customer privacy and confidentiality and we will share our findings only with the authorities."

"We are cooperating with them where possible and will be providing them with further information and clarification sought on the matter directly, as required," the statement mentioned.

Against the backdrop of this accident, the district administration had on Thursday asked highway authorities to carry out a road safety audit.

Collector Govind Bodke had said that a joint visit of highway officials and police has been planned for September 14 to find out technical flaws and recommend mitigating measures.

They have been asked to put prominent signboards at black spots (perennially accident prone stretches) on the route, the collector added.