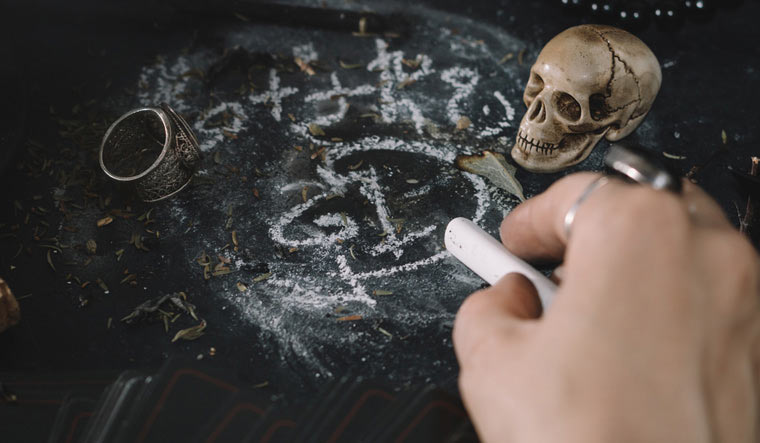 The Maharashtra State Women Commission (MSWC) on Monday demanded strict action against tantriks and self-proclaimed godmen after incidents of superstitious practices involving women and children were reported from different cities in the state.

The MSWC has taken suo moto cognisance of recent incidents reported in Aurangabad, Nagpur and Pune and demanded strict action against persons promoting such practices and following godmen.

Talking to PTI, MSWC chief Rupali Chakankar said, "We have written to senior police officials, including Nagpur police commissioner, to take action against tantriks and babas."

In Nagpur, a six-year-old girl with speech impairment was allegedly killed by her parents on the directions of a tantrik, who claimed that the child was possessed by an evil spirit, Chakankar said.

Similarly, a video of another incident reported in Aurangabad is going viral on social media, in which a godman can be seen placing his hands on a woman's head claiming to heal her of ailments, she said.

"While in Pune, a woman was forced to bathe naked in front of people to bear a son. Following the incident, the woman's husband, in-laws and the godman were arrested by the local police,'' Chakankar said.

It is the commission's responsibly to deal with such activities, she said, adding that an awareness programme will be held to address the same.