Action initiated despite written apology from Lodhi after protests across MP 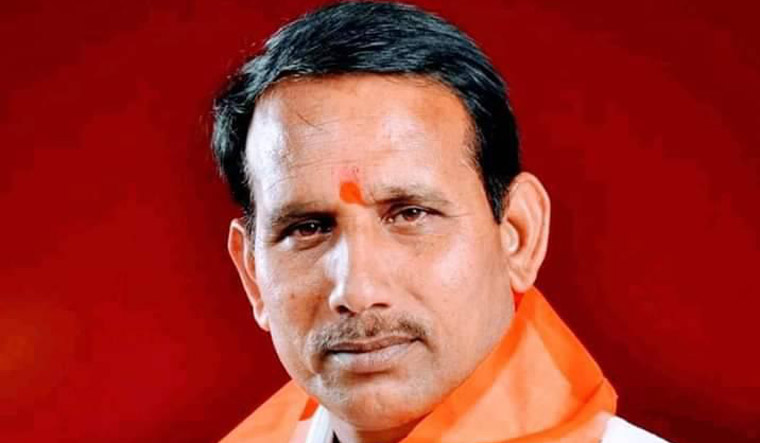 The Madhya Pradesh BJP expelled powerful leader Pritam Lodhi – a two-time MLA candidate from Pichhore in Shivpuri and a relative of former chief minister Uma Bharti – from the party for six years over his ‘anti-Brahmin’ remarks.

The action of the BJP came even after Lodhi issued a written apology after meeting the state president Vishnu Dutt Sharma and told the media that he was ready to apologise to all the Brahmins “with head on their feet”. However, mounting protests across the state from the Brahmin community led the BJP to initiate the strict disciplinary action against him.

BJP state general secretary Bhagwandas Sabnani told the media that the party was not satisfied with the explanation and apology of Lodhi and decided to expel him from primary membership for six years. He also said the BJP believed in respecting all communities and maintaining social amity.

Lodhi's son is married to daughter of Uma Bharti’s sister and his written apology mentioned that Bharti “ordered him to unconditionally apologise to the Brahmin community who were like gurus to him”.

A row erupted after a video showing Lodhi making remarks against the Brahmin community went viral on Thursday. The video of a programme in a village in Badarwas of Shivpuri on the occasion of birth anniversary of Rani Avanti Bai Lodhi on August 17, showed Lodhi saying Brahmin priests and seers engaged in making people crazy, fooling them and looting them of money and grains. He also said some of them leered at women, ordered high-quality food and also made young women sit in front rows during discourses.

As the video went viral, opposition Congress attacked the BJP, and Brahmin community organisations launched protests across the state, demanding his expulsion from the BJP. FIRs were also registered against Lodhi in different police stations in Shivpuri.

BJP state chief Sharma summoned him to Bhopal on Friday and berated him following which Lodhi issued a written apology. Meanwhile, the Akhil Bhartiya Brahmin Samaj held a protest in Bhopal, burning the photos of Lodhi and demanding strong action against him. Later in the evening, the decision to expel Lodhi was taken by the BJP.

Political watchers said the party’s strict action indicated that it was worried about anger and alienation of the Brahmin community as had happened ahead of the 2018 assembly elections following a SC/ST reservation related remark by Chief Minister Shivraj Singh Chouhan in 2016 that was construed as ‘anti-Brahmin’. However, the Lodhi community, one of the most powerful OBC clans, is also quite crucial to Madhya Pradesh politics and the BJP might feel the heat of the episode in the long term, political watchers said.