A case has been registered on the basis of his complaint 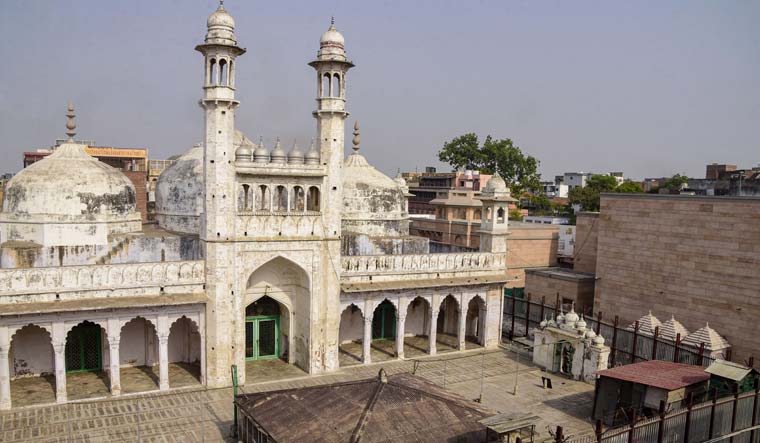 The husband of one of the five women who are being heard in the Gyanvapi mosque-Shringar Gauri case has allegedly got threat calls from a Pakistan phone number asking him to withdraw the petition.

Five women had moved a court seeking permission to offer regular prayers to the Shringar Gauri deity, whose image is located at the rear of the mosque located next to the Vishwanath Temple.

Sohan Lal Arya said Thursday that got the threat calls on July 19 and 20. Arya represents his wife Laxmi Devi and three other Varanasi-based women. The fifth petitioner is from Delhi.

A case has been registered on the basis of his complaint at Laksa police station, police said. Arya said he received a similar threat call on March 19 as well, and had informed officials about it. He said he told the caller that he wasn't scared by any threat.

Assistant Commissioner of Police (Dashashwamedh) Awadhesh Kumar Pandey said two policemen have been deployed for his security. The matter will be investigated and necessary action taken, the official said.

Earlier, the local court had ordered a video survey of the Gyanvapi Masjid and a structure found in the complex triggered a row. The lawyers for the Hindu petitioners claimed it was a shivling'. But the mosque management committee lawyers insisted that it was part of a fountain at the wazookhana, where devotees perform their ablutions.