Police resort to lathi charge to bring situation under control 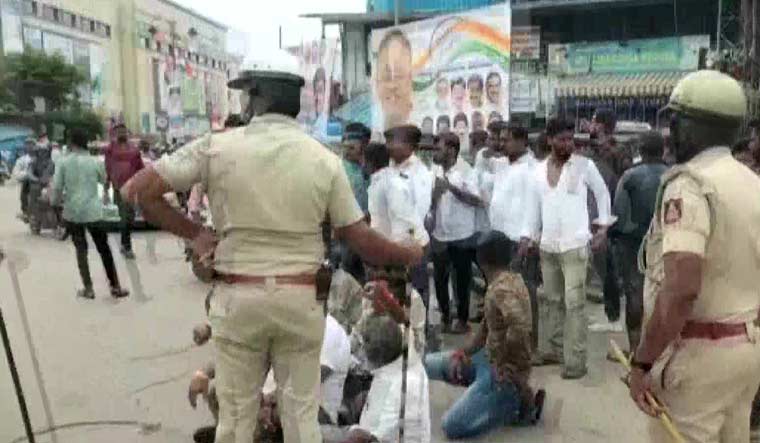 Tension prevailed in Karnataka's Shivamogga district on Independence Day after a group of followers of Tipu Sultan tried to remove banners of Hindutva ideologue V.D. Savarkar.

According to news agency ANI, they wanted to install banners of Tipu Sultan instead of Savarkar in Ameer Ahmad circle of the city.

Police had to resort to mild lathi charge to bring the situation under control. Prohibitory orders have been clamped down in the district in the wake of the incident.

Police sources said there was an attempt by one group to replace or damage the flex, leading to tension in the area.

Officials have installed the national tricolor at the place where both groups wanted to install the flex.

The BJP and a few Hindu groups staged a protest demanding that they be allowed to install Savarkar's flex and action against the other group for insulting their icon.

Meanwhile, a flex banner erected at the Surathkal junction in Mangaluru naming the circle after Savarkar was removed after Social Democratic Party of India (SDPI) workers raised objections.

The Mangaluru corporation removed the banner on Sunday evening after corporation commissioner Akshy Sridhar issued the orders for the same.

Mangaluru city corporation had earlier approved a proposal to name the circle after Savarkar on a request from Mangaluru North BJP MLA Y Bharath Shetty. The civic body is awaiting the government's permission to officially name the circle. As the government is yet to officially grant permission, the flex banner was removed in view of the complaints.