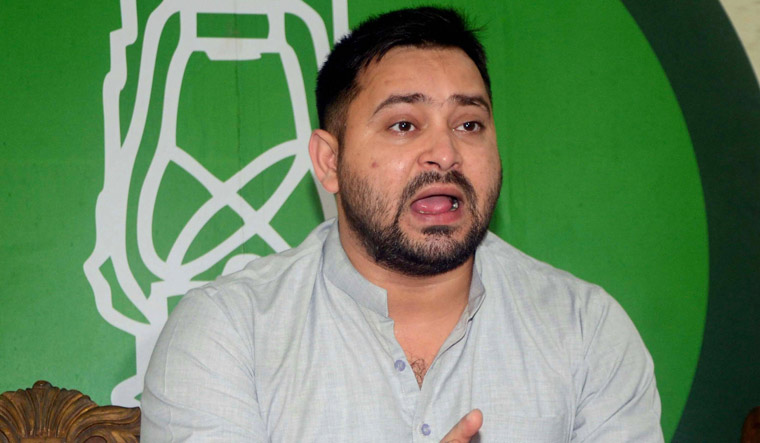 A war of words broke out between Union Minister Giriraj Singh and Bihar Deputy Chief Minister Tejashwi Yadav on Friday over the RJD leader's poll promise of 10 lakh jobs made earlier.

Singh tweeted a clip of an interview of Yadav in which he spoke about generating 10 lakh jobs for the young people of Bihar. This led to a spat between the two on the social media platform. In a dig at Yadav, Singh said the RJD leader would fulfil his poll promise of providing 10 lakh jobs only after he becomes the chief minister as he was now a deputy.

Responding, Yadav posted a longer version of this interview and said, "Don't be so shameless. No one becomes knowledgeable just by keeping a one-foot-long braid." Singh hit back: "Top leaders of the secular government of Bihar have started attacking symbols of Hindu religion."

The Bihar deputy chief minister has asserted that his newly formed government will "deliver" on the promise of providing 10 lakh jobs that he had made while spearheading the RJD's campaign during the assembly elections in 2020.

In his response to Singh, Yadav said the BJP could not save face in Bihar because of its "cheap tactics".

The "son of a fodder thief" cannot become a saint, the Union minister said.

He was referring to the fodder scam cases in which Yadav's father and RJD supremo Lalu Prasad has been convicted.