There has been growing friction between JD(U) and ally BJP 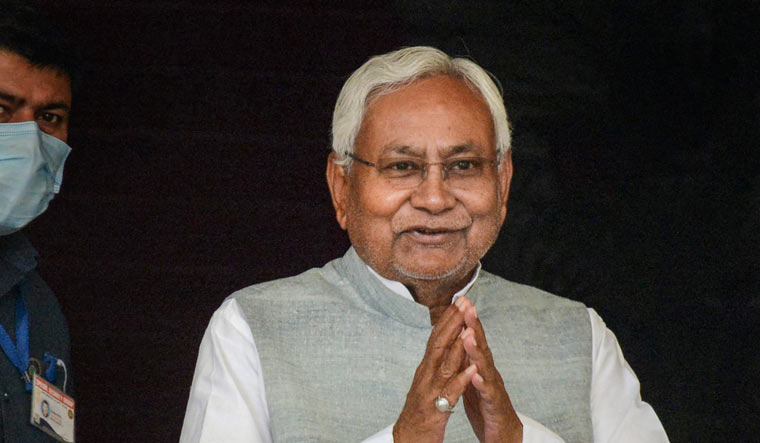 In an indication that it is the endgame for the JD(U)-BJP alliance in Bihar, Chief Minister Nitish Kumar will meet Governor Phagu Chauhan at 4pm today. This comes after a meet between legislators and parliamentarians of JD(U), all of whom converged at the residence of the CM. At the same time, Lalu Prasad Yadav's Rashtriya Janata Dal held parallel meetings.

There has been growing friction between JD(U) and ally BJP, fuelled by CM Kumar's skipping the farewell of former president Ram Nath Kovind and the swearing in of Droupadi Murmu last month. More recently the chief minister also skipped the NITI Aayog meeting on Sunday, following which his party also announced that that it will not send any representative to the central cabinet after the departure of R.C.P. Singh. None of these events are seen as auguring well for the NDA alliance in the state.

RJD on Monday said it was ready to embrace Nitish and his JD(U) if he broke ranks with the BJP. The Congress and Left parties too indicated on Monday that they would support such a move, intensifying speculation which has been rife for some time that a final break between Kumar's JD(U) and the saffron camp is imminent.

Announcements that MLAs of both the JD(U) and RJD would be holding meetings on the same day have only fed the political frenzy in this highly politicised state.

Meanwhile, MLAs of the opposition RJD, the largest party in the state assembly, have also been commanded by their leader Tejashwi Yadav to remain present at a meeting which will be held at his mother Rabri Devi's Circular Road bungalow, a stone's throw from the CM's Anney Marg residence.