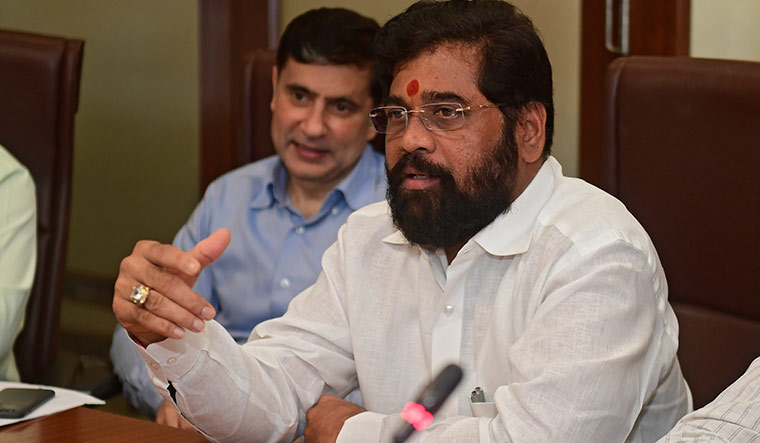 Maharashtra Chief Minister Eknath Shinde on Tuesday morning met Shiv Sena legislators backing him, ahead of the expansion of his two-member ministry.  The meeting took place at the Sahyadri guest house in South Mumbai.

Shinde was sworn in as the chief minister and BJP's Devendra Fadnavis took oath as deputy CM on June 30.

The swearing-in ceremony of new ministers will be held at Raj Bhavan in south Mumbai at 11 am on Tuesday.

Altogether 18 ministers will be sworn in, a former minister told PTI on condition of anonymity. They will include nine each from the Shinde group and BJP, he added.

This would take the strength of the Maharashtra ministry to 20, less than half the maximum allowed strength of 43.

The next round of expansion would take place later, he said.