Idukki Dam to be opened on Aug 7, says Minister

175 families have moved to relief camps 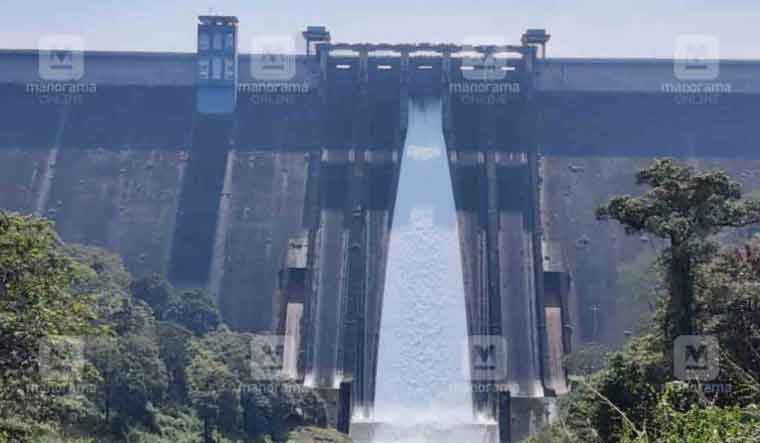 The Cheruthoni Dam of the Idukki reservoir would be opened on August 7 to discharge excess water, Idukki district authorities said on Saturday after the Kerala State Electricity Board (KSEB), which manages the dam, issued a red alert as the water-level has increased to 2,382.88 feet.

The water-level at the Mullaperiyar Dam, which is managed by the Tamil Nadu government, has increased to 138.15 feet and 10 shutters have been raised discharging 2,122 cusecs of water.

The rains have subsided in Kerala which has witnessed heavy showers since July 31.

Kerala Water Resources Minister Roshy Augustine said water would be released from Idukki Dam to discharge excess water and that would be contained at the Idamalayar Dam downstream.

"We will be discharging some excess water tomorrow (Sunday) and plan to contain that water at Idamalayar Dam. I have called a meeting of the representatives of the local self-government bodies downstream today and will discuss the situation. Only a small quantity will be released," Augustine said.

Landslides occurred at Kundala estate in Idukki, destroying a temple and two shops in the locality. A total of 175 families from the locality has been shifted to relief camps.

The road to Vattavada in the district has been isolated after getting damaged in a minor landslide.

Red alert in Idukki Dam was issued after the water rose above 2,382.53 feet.

The Idukki reservoir consists of two dams- the Arch Dam and the Cheruthoni Dam. The shutters of the latter were opened for the first time in 26 years in 2018 to mitigate the worst flood faced by the State in a century.

The State Disaster Management Authority (SDMA) had said there are 342 active camps across the State with Thrissur and Pathanamthitta having the most numbers -- 88 and 69 respectively. A total of 12,195 people is accommodated in the camps, SDMA had said.