Trial of other accused in the case continues 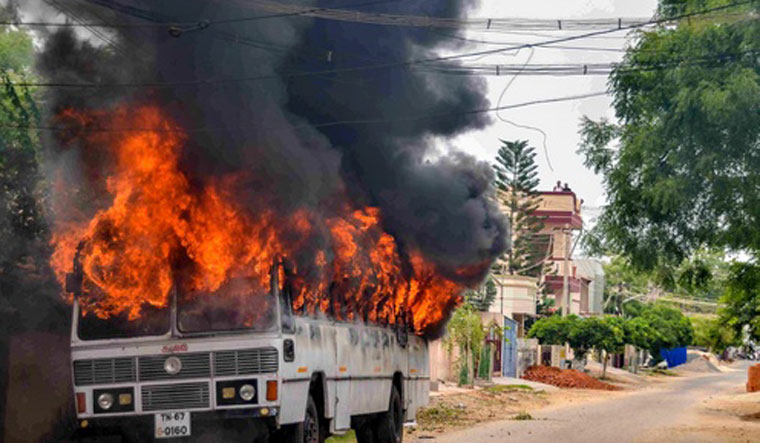 They have been convicted under IPC sections 120B (criminal conspiracy) and 121A (conspiracy to commit offences punishable by section 121) and UA(P) Act sections 16(1) (b) (related to terrorist act) and 18 (conspiracy). Only the accused who pleaded guilty were convicted. The trial of the other accused, including Abdul Nazar Madani's wife, will continue. The court stated that the investigation had established the accused had entered into a criminal conspiracy in the first week of September 2005 to 'wage war, to strike terror and damage government property in retaliation to the continued detention of Abdul Nazar Madani.'

As per the case, the accused had assembled at the Aluva Masjid on September 8, 2005, to "chalk out their plan at the instance and instigation of accused Majid Parambai and Sufia, to set fire to a Tamil Nadu government-owned bus".

Six of the accused, including Nazeer, had boarded a bus from Ernakulam while Thajuddin, Nazar and Anoop, three other accused, waited on three motorcycles at Kalamassery. As the ill-fated bus reached near Kalamassery Municipal Office, one of the accused pointed a gun at the driver and asked him to drive it to an isolated area near the HMT Colony. Once the passengers were asked to step down, the accused burnt the bus by setting on fire cotton waste soaked in petrol and fled. The NIA in its chargesheet filed on December 17, 2010 had named 13 accused. In July 2021, the NIA Special Court sentenced one of the accused KA Anoop to six years of rigorous imprisonment and a fine of Rs 1,60,000.