Security beefed up in Dakshina Kannada, Udupi amid tensions 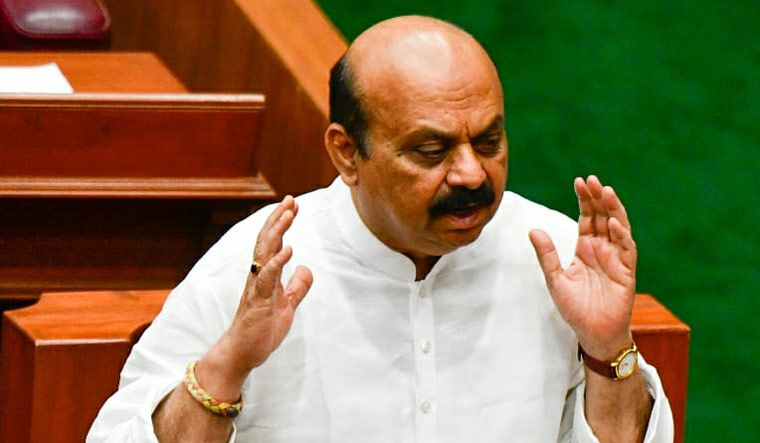 Karnataka Chief Minister Basavaraj Bommai said on Friday that the government will hand over probe into the murder of a Bharatiya Janata Yuva Morcha (BJYM) activist Praveen Nettaru in Dakshina Kannada district to the National Investigation Agency (NIA).

Many in the BJP and a few Hindutva outfits have been demanding that the probe into the murder of Nettaru should be handed over to the central agency.

Nettaru, a zilla BJP Yuva Morcha committee member, was hacked to death in front of his broiler shop in Bellare in Sullia taluk by motor bike-borne assailants on Tuesday night.

Prohibitory orders have been clamped in Mangaluru in the wake of the murders of Nettaru, and another person belonging to a minority community on Thursday night. Four unknown assailants had murdered Mohammed Fazil on Thursday.

Security has been beefed up in Dakshina Kannada and Udupi districts in view of the tense situation, police said on Friday.

Meanwhile, Leader of Opposition in the assembly, Siddaramiah, demanded the resignation of Bommai, saying law and order in the state has 'completely collapsed'. The killings in the state shows 'intelligence failure.' "Intelligence comes under the CM while Law and Order falls under the Home Minister. So, they are responsible for it and should resign," he said.