Roads have either been closed or diverted 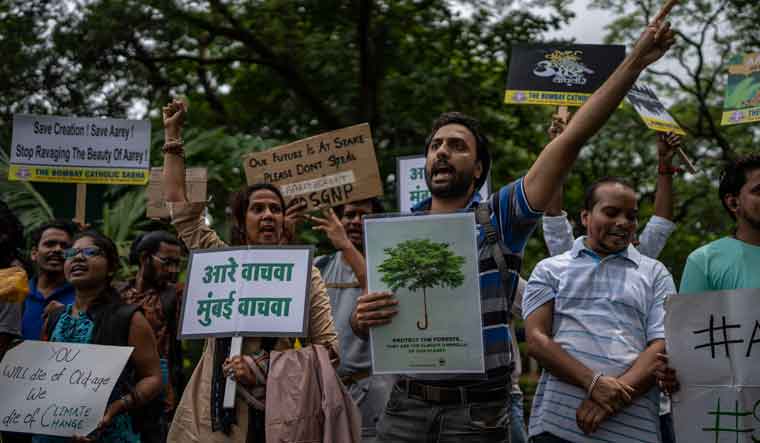 The Mumbai police on Monday beefed up deployment in the Aarey colony area and detained two protestors who reached the site despite being served notices under the Criminal Procedure Code (CrPC), an official said.

The police had on Sunday served notices under section 149 of the CrPC to Tabrez Sayyed and Jayesh Bhise prohibiting them from assembling unlawfully to protest the construction of the metro car shed in Aarey, the official from Vanrai police station said.

The police deployment has been increased in the area, he said, adding that barricades have been put up and roads have either been closed or diverted.

According to protesters, only residents are being allowed to enter the Aarey colony area and the police are intercepting people coming from outside. A video of cutting and felling of trees in Aarey is being circulated by protestors on social media.

The Brihanmumbai Electric Supply and Transport (BEST) Undertaking has diverted a few buses plying on the route due to felling of trees, an official said.