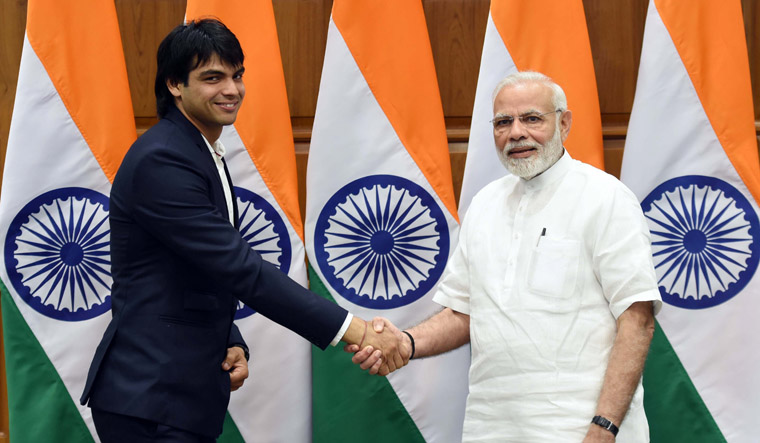 Tweeting about the medal win, Prime Minister Narendra Modi said, “A great accomplishment by one of our most distinguished athletes! Congratulations to @Neeraj_chopra1 on winning a historic Silver medal at the #WorldChampionships. This is a special moment for Indian sports. Best wishes to Neeraj for his upcoming endeavours.”

Neeraj won the silver medal in men's javelin throw, becoming the first Indian to achieve the feat. He is the second Indian after long jump sensation Anju Bobby George to win a medal at the World Athletic Championship.

Manohar Lal Khattar, Chief Minister of Haryana tweeted, “Historic!! India's Golden Boy @Neeraj_chopra1 has become the first Indian male to win a medal in this championship, winning a medal after 19 years in the World Athletics Championship played in America. Hearty congratulations to Mati Ke Lal of Haryana for winning the silver medal in 88.13m javelin throw.”

M.K.Stalin, CM of Tamil Nadu tweeted, “#NeerajChopra has scripted history once again! Congratulations on becoming only the second Indian and first Indian male athlete to win a medal at #WorldAthleticsChampionships. India is proud of the consistent excellence he has been achieving on the biggest stage!”