India will be victorious in case of any war: Rajnath Singh 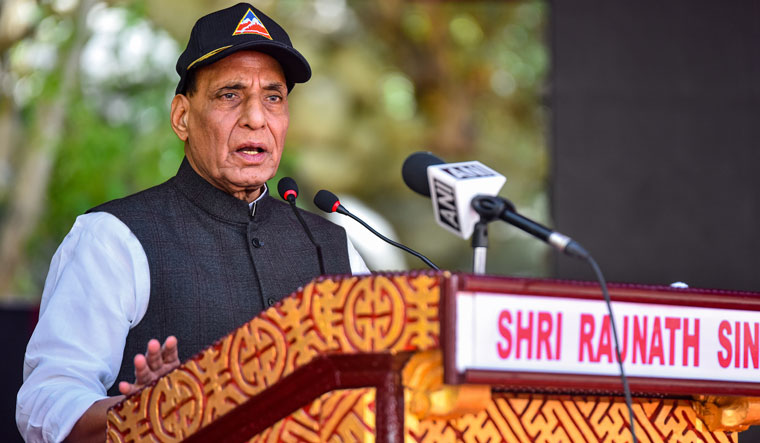 Defence Minister Rajnath Singh, on Sunday, said India is well-equipped to give a befitting reply to "anyone who casts an evil eye on us" and expressed confidence that the country will emerge victorious in case of any war.

Pitching for reclaiming Pakistan-occupied Jammu and Kashmir (PoJK), Singh said it is a part of India and will continue to remain part of this country.

"I want to tell you with confidence that if any foreign powers cast an evil eye on us and if there is a war, we will become victorious," Singh said during an event organised to commemorate 'Kargil Vijay Diwas' in Jammu.

He said India defeated Pakistan in all the wars since 1947 and after bitter defeat, they engineered proxy wars.

After tasting defeats in direct wars of 1965 and 1971, Pakistan adopted the path of proxy war. For over two decades, it has tried to bleed India with a thousand cuts'. But, time and again, our brave soldiers have shown that no one can disturb the unity, integrity and sovereignty of India, Singh said, assuring the nation that the armed forces are ready to face all future challenges.

Strong and confident new India is well-equipped to give a befitting reply to anyone who casts an evil eye, he said.

India has become a strong and confident nation which is well-equipped to protect its people from anyone who tries to cast an evil eye on us, the defence minister said.

Singh said during the wars with Pakistan and China, people of Jammu and Kashmir stood by their forces.

"Whether one is Hindu or Muslim, all stood by their forces. We cannot forget," he said.