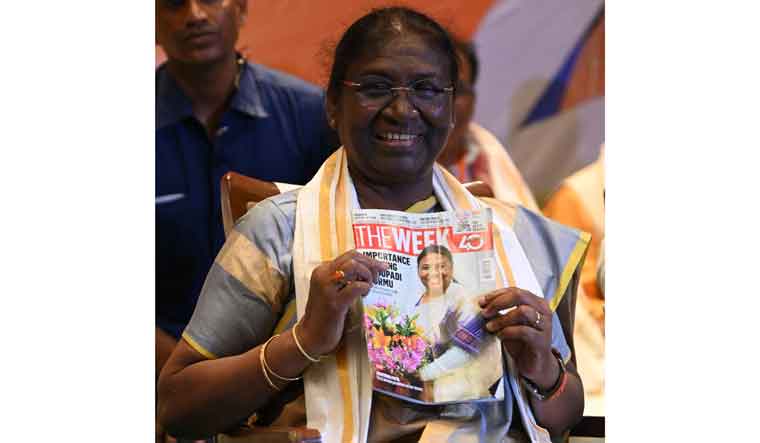 A controversy erupted in Madhya Pradesh after UPA presidential candidate Yashwant Sinha and state Congress chief Kamal Nath claimed that Congress MLAs in the state were getting monetary offers from the BJP to vote for NDA candidate Droupadi Murmu in presidential polls.

The row erupted even as Murmu was on a visit to Madhya Pradesh on Friday to seek support of MLAs and MPs for the polls. She was accorded a grand welcome by the BJP leaders, including Chief Minister Shivraj Singh Chouhan on Friday afternoon.

After the claims of Sinha and Nath at a press conference on Thursday, at least three tribal MLAs of Congress claimed separately to sections of the media that they had got such offers from the BJP. These included former ministers Umang Singhar and Omkar Singh Markam and MLA Pachilal Meda. Singhar also named another MLA, Yogendra Singh, as having received an “offer” from the BJP.

Singhar claimed that he got an offer of Rs 50 lakh to cross vote, while Meda said he was promised a ministerial berth if he talked to the BJP senior leaders on the issue. Omkar Singh Markam also said he had received phone calls over the matter.

As these statements came in, state Home Minister Narottam Mishra on Friday dared Kamal Nath to accompany him to file a police complaint if he had even a shred of evidence in the matter. Mishra also said if Nath doesn’t want to accompany him to the station, he should release the evidence and list of MLAs who were approached with such an offer.

“Our candidate Droupadi Murmu ji will win 100 per cent and Yashwant Sinha ji will lose 100 per cent, then why should BJP try to break (away Congress MLAs) or try to purchase them? Kamal Nath is not able to control his own house. He is the same party president in whose tenure 32 MLAs left the party. That is why he is always doubtful of his own MLAs. Now he has not even given proper training to his MLAs so they are quoting different rates (offered by BJP). When they were ruling, then too they said their MLAs were being purchased, now in opposition too, they are saying the same. Kamal Nath ji has put a 'for sale' tag on his MLAs. He has even made Yashwant Sinha claim the same,” Mishra said.

On Thursday, after a meeting of Congress MLAs with Sinha, Nath had claimed at a press conference that a MLA had claimed during the meeting that he was getting offers of money to cross vote. Sinha too repeated the same, saying he was really pained to hear it.

Sinha said today’s BJP was nothing like the BJP under Atal Bihari Vajpayee that lost in Lok Sabha by one vote. “Now like the lions with open mouth they have made in the national emblem, this government wants to chew up every one. Why is the (BJP) government afraid of us? I had never imagined that if I contested the (presidential polls), the BJP would come to this condition. But they are afraid and therefore they are resorting to such tricks. They are making calls to the MLAs to engage in trading like they did till now in MP, Karnataka and lately in Maharashtra. They even attempted the same in Goa, though they are the ruling party there. What is the meaning of these breaking-up strategy? Only those who are unsure of their win will resort to such tricks right before the president elections,” Sinha said.