Vehicle from Shinde's convoy hits another in south Mumbai

CM was at the BMC headquarters when the accident took place 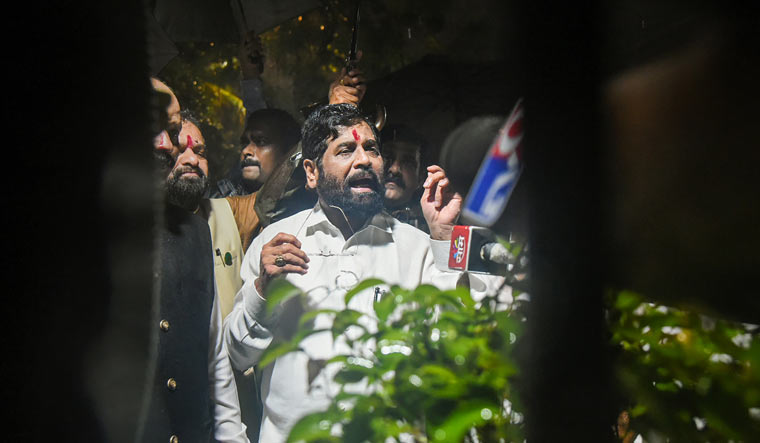 A vehicle from Maharashtra Chief Minister Eknath Shinde's convoy hit a four-wheeler in a minor accident in south Mumbai on Tuesday, an official said.

The incident took place in the evening when the chief minister was at the Brihanmumbai Municipal Corporation (BMC) headquarters to review the rain-related situation and preparations of the civic body, the official said.

While Shinde was inside the premises, a vehicle from his convoy hit another one, as the emergency break was pressed, he said.

No one was injured in the incident and the four-wheeler was immediately towed from the spot, the official added.