Police are on the lookout for Salman Chishti, a resident of Ajmer 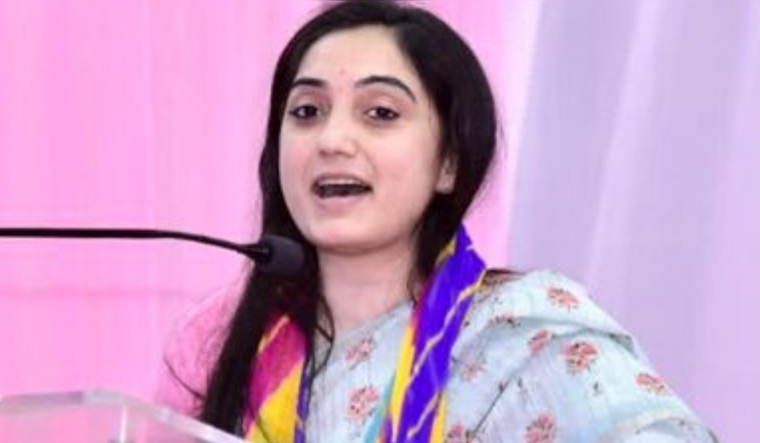 A man in Rajasthan's Ajmer has announced that he will give away his house and property as a reward to anyone who decapitates Bharatiya Janata Party's former spokesperson Nupur Sharma, who has been in the middle of a storm ever since she made some alleged derogatory remarks against Prophet Muhammad.

Police said the man has been identified as Salman Chishti, a resident of Chishti Dargha police station area.

A video has been going viral on social platforms in which Chishti can be heard saying that the BJP leader has betrayed the pride of Khwaja Saheb and Mohammad Saheb and in such a situation he will give away his house and land property to anyone who will bring her head.

He further alleged that Muslims are being persecuted and killed across the country.

Additional Superintendent of Police Vikas Sangwan has issued a statement saying that the police have spoken to the officials of the Dargha and Anjuman, who are instructing Chishti to take down the video from social media. Sangwan said the man was seen in a state of intoxication in the video.

The officer later told news agency ANI that the police were looking for Chishti and he would be soon arrested and prosecuted.

Sharma's remarks against Prophet during a TV debate have sparked off an array of violent protests across the country and an outrage in the Islamic countries forcing the BJP to suspend her from the post of its official spokesperson.

On June 28, a man was beheaded by two assailants in broad daylight in Udaipur after he allegedly shared social media posts supporting Sharma. The accused shot a video of the crime and posted it on social media.

The National Investigation Agency has taken over the probe into the incident after the role of terror outfits was suspected.