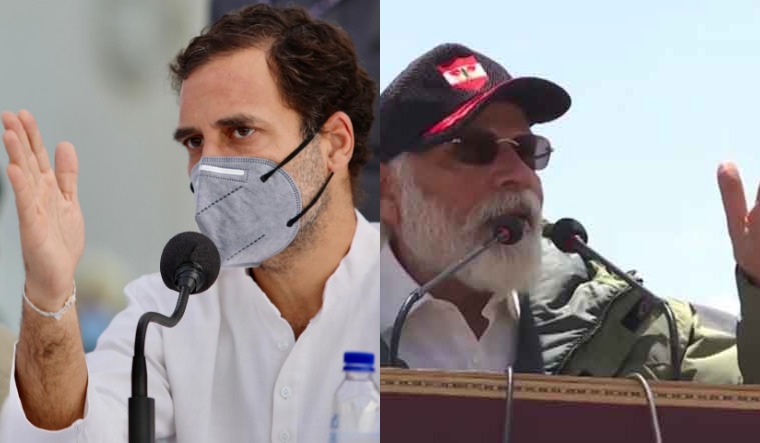 Former Congress chief Rahul Gandhi on Monday accused Prime Minister Narendra Modi of securing the future of his 'friends' even in foreign countries but leaving the youth of the country unemployed.

He shared a video of young men and women who had taken the exam for recruitment as police personnel in the Central paramilitary forces walking on the streets in protest because they never got appointment letters.

"The prime minister, who has secured the future of his 'friends' even in foreign countries, has left the youth of his own country to become unemployed. Why so much discrimination with these youth," Gandhi asked in a tweet in Hindi.

The aspirants cleared the exam in 2018 but have been protesting for the last one-and-a-half years, according to the video, which shows their march from Nagpur to Delhi.