ONGC helicopter crashes into sea; all 9 onboard rescued 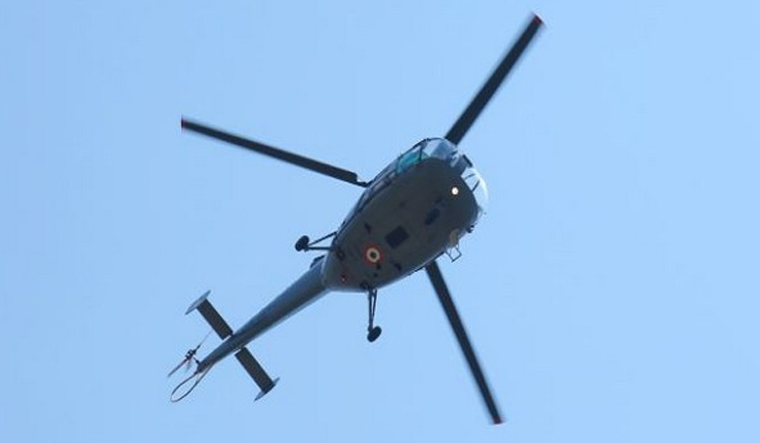 An ONGC helicopter carrying nine persons, including two pilots, crashed into the Arabian Sea off the Mumbai coast on Tuesday, while attempting to land on a company's rig, officials said.

All the nine persons onboard were later rescued. The Indian Navy and the Coast Guard had joined the rescue operations, a defence spokesperson said.

The helicopter, which was carrying six personnel of the Oil and Natural Gas Corporation (ONGC) and one belonging to a contractor working for the company, was forced to land using the floaters that are attached to choppers which carry personnel and material from shore to offshore installations.

The chopper was attempting to land at the rig, located some 50 nautical miles from the Mumbai coast, when the incident took place. About 1.5 km from the landing zone on the rig, the chopper fell into the sea, a company official said.

All the nine people onboard were later rescued.

The ONGC vessel Malviya-16 rescued four persons. A rescue boat from the rig Sagar Kiran rescued at least one person.

The Navy had deployed the Sea King and ALH helicopters and Indian Naval Ship Teg for the rescue of passengers and crew of the ONGC helicopter 60 nautical miles from Mumbai.

The Coast Guard also diverted a ship to reach the spot, while another ship sailed out from Mumbai with dispatch to join the rescue operations.

The ONGC has several rigs and installations in the Arabian Sea that are used to produce oil and gas from reservoirs lying below the seabed.