SC to hear petition to stop attacks on Christian community 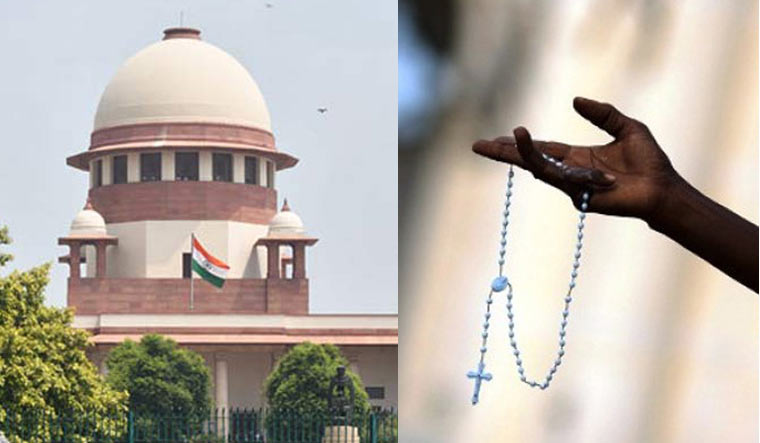 The Supreme Court  will hear on July 11 a petition seeking direction to authorities to stop “targeted hate speech” and “attacks” against the Christian community in the country.  The petition was filed by Archbishop Of Bangalore Diocese Dr. Peter Machado and the National Solidarity Forum.

The petitioner sought an urgent hearing. But the vacation bench comprising Justices Surya Kant and J.B. Pardiwala said: “What you are saying is unfortunate, if it is happening. What we can ensure is that your matter is listed on the re-opening day (July 11) itself".

The petitioners have alleged a "sinister phenomena of violence" and "targeted hate speech" against the Christian community by vigilante groups and members of right-wing groups. They appealed to the top court to order the implementation of of the guidelines issued in the Tehseen Poonawala judgement.

The apex court had come out with a slew of guidelines for the Centre and states in its 2018 order. These included fast-tracked trials, victim compensation, deterrent punishment and disciplinary action against lax law-enforcing officials. The court said offences such as hate crimes, cow vigilantism and lynching incidents should be nipped in the bud.