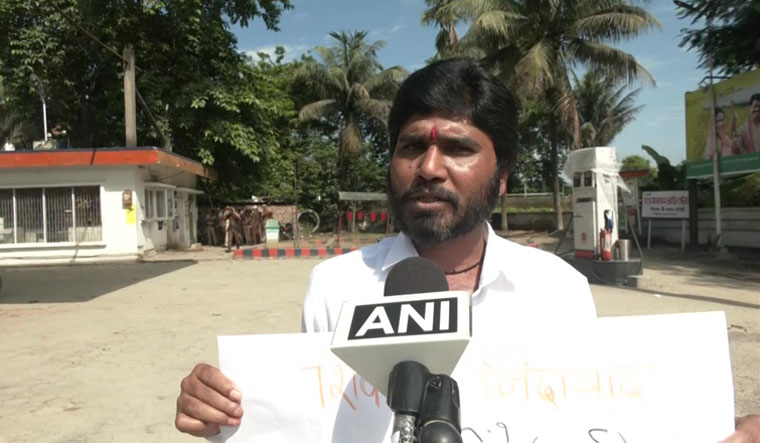 The Guwahati police arrested Shiv Sena functionary loyal to Maharashtra CM Udhav Thackeray who was outside the hotel where rebel MLAs were staying  demanding the rebel group to return to 'Matoshree.'

Sanjay Bhosale, deputy district chief of Shiv Sena from Maharashtra's Satara, was present near the hotel and urged party MLAs lodged at the hotel to return to Maharashtra. However, police who took notice of this arrested him alleging that it was a sensitive area and action has been taken as per law.

Eknath Shinde, leader of the rebel group claims he has support of 50 legislators including 40 from the Sena. Uddhav Thackeray has called for key party meet at noon on Friday, according to reports.

Shinde, who is camping in Guwahati with the MLAs, said he has the numbers, and called Uddhav's move to file disqualification notices against the rebel MLAs 'illegal.'

On Thursday night, 37 MLAs wrote to the Governor and Deputy Speaker, backing Shinde as their leader. This comes as Deputy Speaker Narhari after Zirwal approved the decision to appoint Ajay Choudhary as the Shiv Sena's group leader in the House in place of rebel leader Shinde. The letter also informed that Sena MLA Bharat Gogawale has been appointed as chief whip of the legislature party in place of Sunil Prabhu.