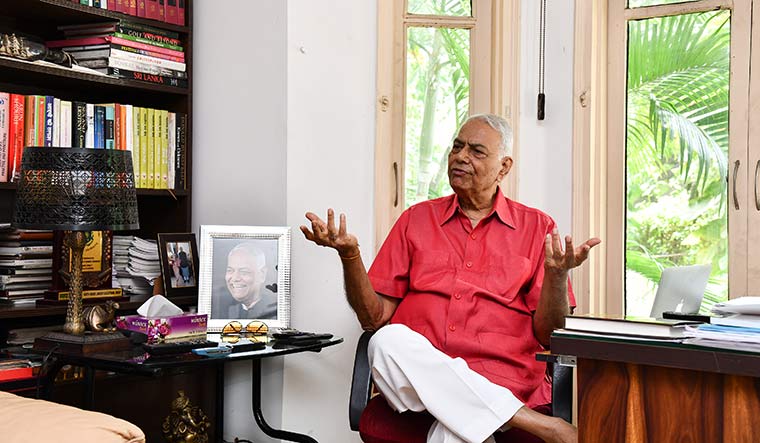 Yashwant Sinha is not the "best candidate" for the post of president, but it has to be accepted for the sake of opposition unity, CPI(M)'s lone MP from West Bengal Bikash Ranjan Bhattacharya said on Thursday.

Expressing his reservation about the candidature of Sinha, who has been in the BJP and the Trinamool Congress, Bhattacharya said some other candidate could have been chosen who would have been more acceptable.

"I am unhappy with the candidate selection," he told PTI, hastening to add that it does not mean that the decision to fight the presidential election was wrong.

Several opposition parties, including the Congress, TMC and the Left, have come together to put up Sinha as their candidate for the election against the BJP-led NDA's Draupadi Murmu.

Bhattacharya, a Rajya Sabha MP, said for the sake of larger opposition unity, Sinha's candidature had to be accepted, but it would have been good to have a "better" candidate.

"He (Sinha) is not the best candidate," Bhattacharya, a former advocate general of Tripura and an ex-mayor of Kolkata, said.

He said that the Left parties, however, cannot be a divider of the opposition unity and have to fight unitedly.

"Given that the strength of the Left is so low we have to agree to other parties' opinion," Bhattacharya said.

The CPI(M)-led Left Front does not have any seat in the West Bengal assembly or in the Lok Sabha from the state.

The CPI(M)'s strength in Lok Sabha is three, CPI's two and RSP's one. In the Rajya Sabha, CPI(M) has five seats, while the CPI has two.

Sinha is a former minister in the Atal Bihari Vajpayee cabinet and joined the Trinamool Congress in March 2021, which he quit a few days back to contest the presidential election.