Smaller parties and Independents account for 25 MLAs in the House 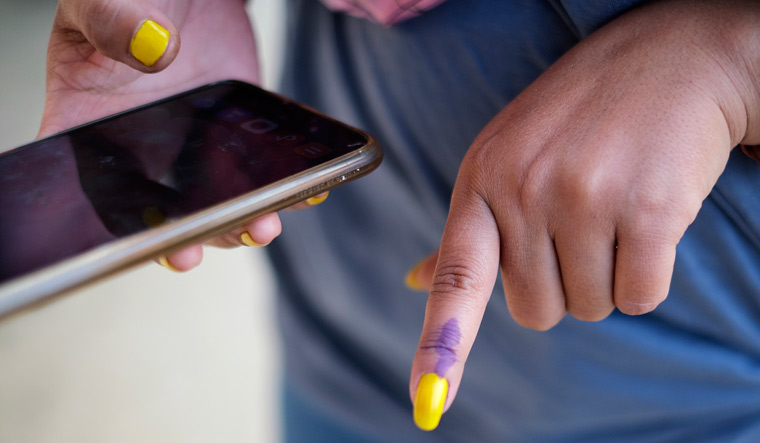 A total of 246 MLAs cast their votes till 1 pm on Monday for the elections to 10 seats in the Maharashtra Legislative Council, an official said.

The role of Independents and smaller parties is being seen as crucial since the ruling Maha Vikas Aghadi (MVA), comprising the Shiv Sena, NCP and Congress, is facing the challenge of getting all its six candidates elected to the state Legislative Council, after being trumped by the opposition BJP in the recent Rajya Sabha elections in Maharashtra.

Smaller parties and Independents account for 25 MLAs in the House.

Over the past few days, the four major parties held discussions with Independents and smaller players to devise their strategies for winning the elections.

On Monday, the polling process, which commenced at 9 am in the state Legislature complex here, will end at 4 pm and the results will be declared in the evening.

A total of 11 candidates are in the fray for the 10 seats, with the MVA allies Shiv Sena, NCP and Congress fielding two candidates each. The BJP has nominated five candidates.

"Till 1 pm, 246 MLAs exercised their franchise," an official from the Vidhan Bhavan said.

BJP MLA Mukta Tilak, who is battling a serious ailment, arrived in a car at the Vidhan building here after travelling from Pune. She was then taken inside the legislature complex in a wheel-chair to cast her vote.

Maharashtra Chief Minister and Shiv Sena president Uddhav Thackeray on Sunday ruled out chances of cross-voting and said the Legislative Council elections will show that there will be no split in his party-led MVA.

The BJP has also expressed confidence that all its five candidates will win.

While the tenure of nine sitting members of the Legislative Council is coming to an end on July 7, the election for the 10th seat was necessitated following the death of a BJP legislator earlier this year.

The NCP has fielded Ramraje Naik Nimbalkar and former minister Eknath Khadse, who had quit the BJP to join the Sharad Pawar-led party.

The Shiv Sena has nominated Sachin Ahir and Amshya Padvi, a party functionary from the tribal-dominated Nandurbar district.

The BJP has renominated outgoing MLCs Darekar and Lad, and given tickets to Ram Shinde, Uma Khapre and Shrikant Bharatiya.

The state MLAs form the electoral college for the MLC elections.

The effective strength of the 288-member Maharashtra Assembly is reduced to 285 following the death of Shiv Sena MLA Ramesh Latke, while two NCP MLAs - Nawab Malik and Anil Deshmukh - are currently in jail and have not been allowed to vote by the high court.

The quota for first preference votes per candidate to win the MLC polls is 26.