Tells him to appear for questioning again on Friday 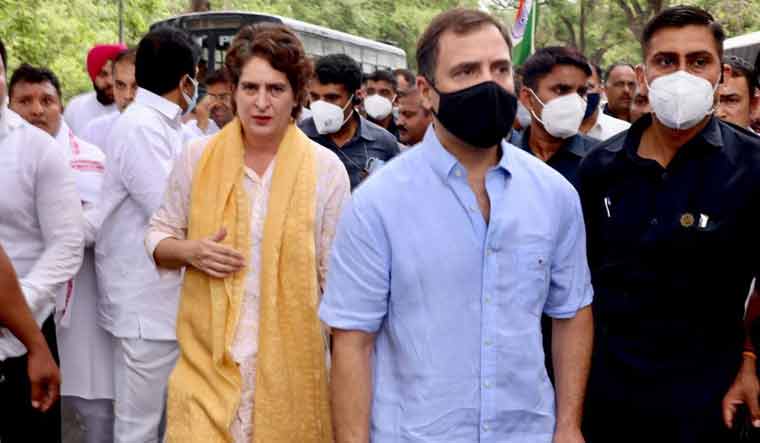 Congress leader Rahul Gandhi was questioned by the Enforcement Directorate for about eight hours on Wednesday, the third day of his appearance in the National Herald money laundering case.

His statement was recorded in multiple sessions under the Prevention of Money Laundering Act (PMLA) and after Wednesday's round of questioning, he has clocked close to 30 hours with the ED investigators.

He has been called by the agency for the fourth day on Friday as he sought an exemption for Thursday.

The grand old party has called the agency's action vendetta politics of the Centre against opposition leaders as the party's supporters continued protests on roads leading to the ED office.

The newspaper is published by Associated Journals Limited (AJL) and owned by Young Indian.