Seers express resentment against the violence 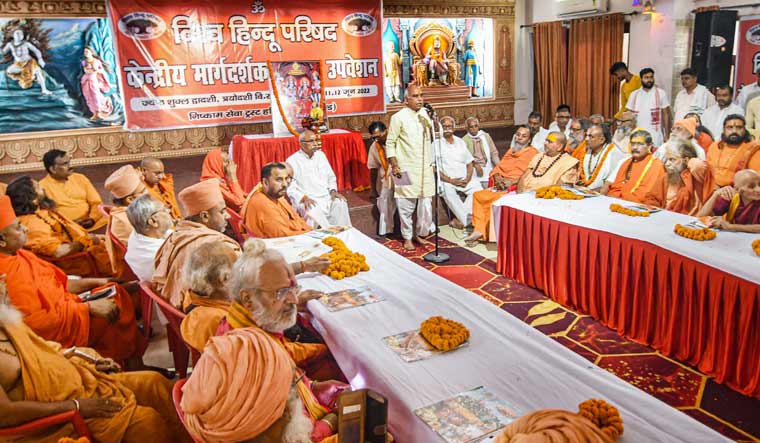 Members of the Vishva Hindu Parishad during a VHP Kendriya Margdarshak Mandal meeting, in Haridwar | PTI

The Vishwa Hindu Parishad on Sunday expressed concern over the Kanpur violence last Friday and described it as a "well-planned conspiracy".

VHP General Secretary Milind Parande after the conclusion of the organisation's two-day meeting in Haridwar said the government, police and society are fully capable of responding to it.

Seers at the meeting expressed resentment against the violence and called it a "well-planned conspiracy", Parande said.

Parande further said four resolutions were passed during the meeting, which included the demand that monasteries and temples in the country be freed from the government control.

The body also demanded a stringent law to check conversions and the implementation of the Uniform Civil Code.

The VHP leader said the participants at the meeting expressed concern over conversions, demanding a strict law to curb it. According to Parande, the issue of Varanasi's Gyanvapi mosque was also discussed.