Lessons for India from Russia-Ukraine conflict

The war, which entered 100th day, has shattered many myths 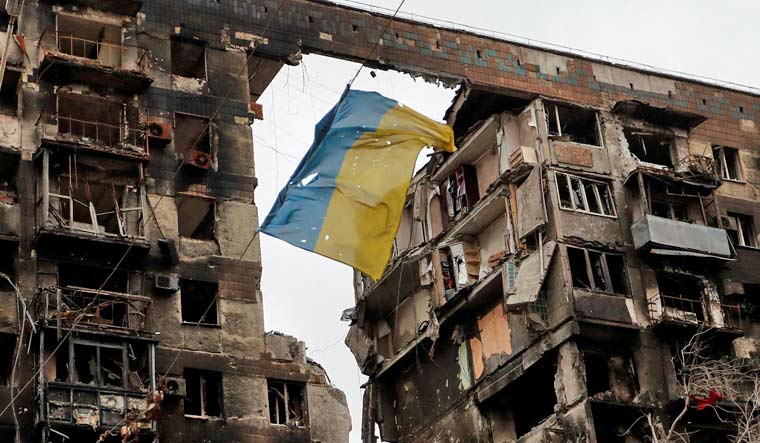 Certainly, the failure of the Russian military to anticipate resistance from the Ukrainian forces led to the conflict entering the 100th day. As per reports, 243 children and nearly 50,000 civilian were killed in Mariupol alone.

Ukraine President Volodymyr Zelenskyy said Russian forces control 20 per cent of Ukrainian territory, and between 60 to 100 Ukrainian soldiers are dying on the battlefield every day. Apart from the resistance put up by Ukrainian troops, the weapons supplied by NATO and Americans are aiding the Ukrainian response.

"Their (Russia) approach is not good enough as they have so far failed to achieve the victory. the ultimate objective of any military operation is victory."Lt Gen D.S. Hooda, former northern army commander and hero of India's surgical strike against Pakistan, said. He observed that perhaps the Russian side merely intended to showcase their power, and hence did not bother to use their air force from the beginning.

The war has broken many myths. Contrary to common belief that there is no place for prolonged wars or conflicts in a world where countries are economically dependent on each other, such conflicts will continue to happen, and are not likely to be short and intense.

Indian Army chief General Manoj Pande said wars need not necessarily be short or swift, but could prolong like the current Russia-Ukraine conflict.

Indian military experts have concluded that the Russia-Ukraine war has reaffirmed conventional warfare tactics, and the principle that war can only be won by boots on the ground.

"The Russia-Ukraine war has affirmed the perception that nothing can replace boots on the ground and conventional tactics," a top military man says.

General Pande pointed out that this is an important lesson for the Indian military. "We are seeing many platforms like air defence guns, artillery guns, missiles systems, rockets, and tanks being employed in this war in one way or the other."

Besides, the war has brought focus on the need for indigenisation of military equipment. More than 70 per cent of the Indian military arsenal is of Russian origin. India is dependent on both Russia and Ukraine for the supply of critical defence equipment.

Observers in the security establishment believe that the current conflict will adversely affect India at several levels. Besides new purchases, the Indian military’s existing platforms, from fighter planes to air defence missiles, artillery guns and infantry combat vehicles to its T-72 and T-90 tanks, are dependent on both Russia and Ukraine for critical spare parts. After Russian Army is estimated to have lost nearly 476 tanks, the Indian side is discussing the future of its tanks. Russian tanks were badly hit by an anti-tank guided missile like Javelin or Turkish Bayraktar TB2 missile-firing drones. The role of drones has once again been talked about.

The Azerbaijan and Armenia conflict in 2021 showed the world a unique type of fighting of unmanned warfare. The Azerbaijan side used swarm drones against Armenia's tanks, artillery and military vehicles, and it proved how small and relatively inexpensive attack drones can change the dimensions of conflicts.

While interacting with top naval commanders, Defence Minister Rajnath Singh said being self-reliant in defence is essential to tackle the challenges in uncertain geopolitical times. While interacting with IAF, the defence minister said the Ukrainian conflict has lessons for future wars and the Indian Air Force must learn from these.

"Our past experiences have taught us that India cannot depend on imports. Recent conflicts, especially the situation in Ukraine, have told us that not just defence supplies, but commercial contracts are also prone to be affected when it comes to national interests," Singh said, pointing out the sanctions imposed on Russia by the US and its allies.

"The ramification and lessons to be learnt from the Russia-Ukraine war are manifold for the Indian military, not only limited to tactical or strategical level," said a defence officer.