The task force wants to get better clarity on its roles 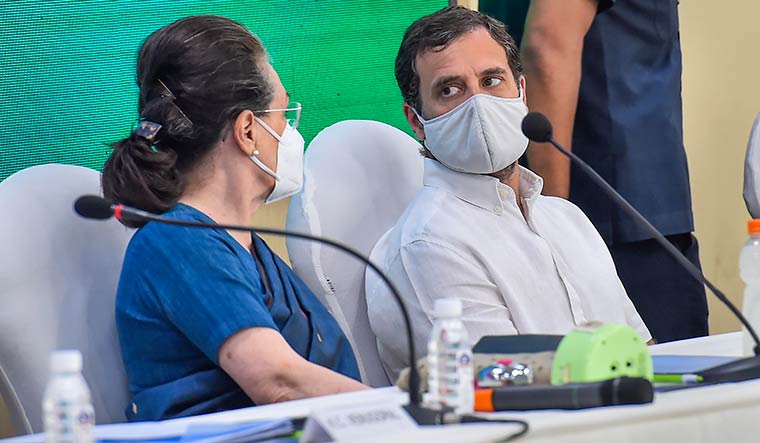 The Task Force 2024 set up by Congress President Sonia Gandhi to prepare the party for the Lok Sabha elections in 2024 is expected to soon meet with her as also former party chief Rahul Gandhi in an effort to get better clarity on the expectations of the top leadership with regard to its role in getting the party ready for the big fight.

According to sources, the task force set up recently as a follow up to the decisions taken at the Nav Sankalp Shivir in Udaipur is already involved in wide-ranging discussions on various aspects of preparing the party for the Lok Sabha polls in 2024. But they say the eight-member group, in an effort to get better clarity on their role as also the expectations of the top leadership, will soon meet Rahul after he returns from his visit to the United Kingdom to “know his mind” with regard to the panel's task. It will also meet Sonia to seek her views on the areas that the panel should focus on.

It was announced that the task force members would be assigned specific tasks related to organisation, communications and media, outreach, finance and election management. They will have designated teams to assist them in the assigned tasks.

The panel, it was announced, will not only look after the strategy for Lok Sabha elections but also the Assembly elections that will be held in the run up to 2024. It is also expected to act as a monitoring group to follow up on the Udaipur Declaration and the reports of the six groups that brainstormed on various issues relating to the party and the current political scenario at the May 13-15 conclave.