Jammu and Kashmir: LG, Omar express grief over loss of lives in Ramban 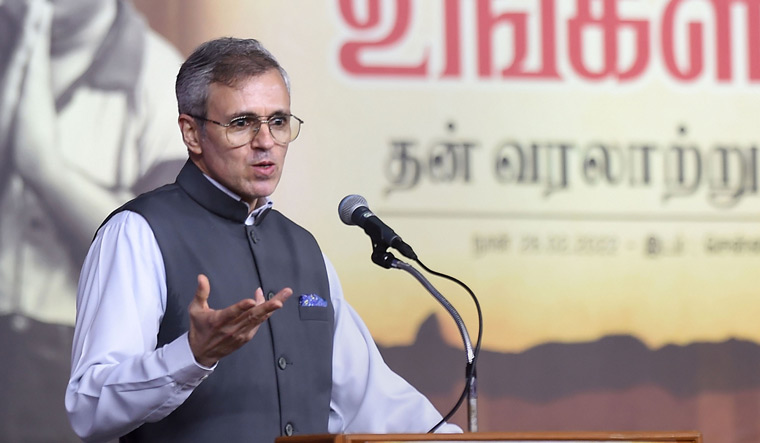 Jammu and Kashmir Lieutenant Governor Manoj Sinha on Saturday expressed deep grief over loss of lives due to landslide at an under-construction tunnel in Ramban district of the union territory.

Ten workers—five from West Bengal, two each from J&K and Nepal and one from Assam—died in the landslide which struck the mouth of the tunnel to T4 at Khooni  Nallah on Thursday night.

"Lt Gov, Sh. Manoj Sinha @OfficeOfLGJandK has expressed deep grief over loss of lives due to slide at adit tunnel in Ramban. He has directed Distt Admin & Construction Company to provide all possible assistance & relief to NoKs of those who have lost their lives in tragic incident, the department of Information and Public Relations," said in a tweet.

Deputy Commissioner, Ramban, said the lieutenant governor has directed Rs 15 lakh compensation be paid to each victim's family by the construction company, while as Rs 1 lakh ex-gratia will be given from the relief fund.

Following directions received from HLG, Sh. Manoj Sinha, Rs 15 lakh compensation each shall be given by construction co to those who died in the adit tunnel landslide on NH44. HLG has also announced Rs.1 lakh ex gratia from Relief Fund, the deputy commissioner's office wrote on Twitter.