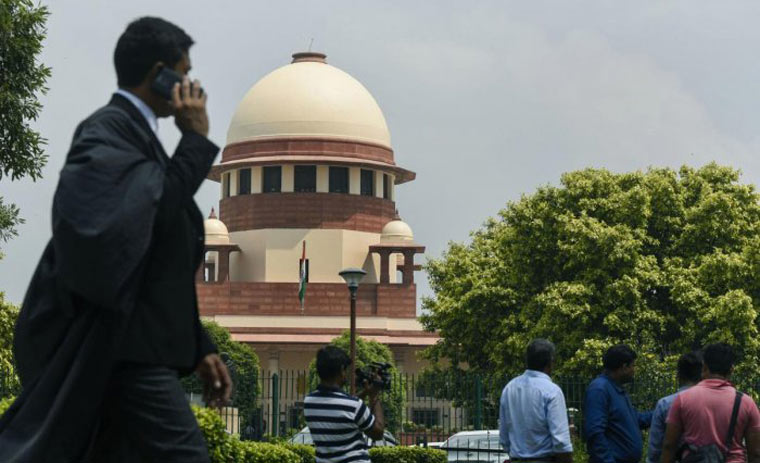 The Supreme Court on Wednesday allowed implementation of reservation for other backward classes (OBC) in the local bodies’ polls in Madhya Pradesh, but emphasized on the 50 per cent overall reservation cap.

The Apex Court modified its order of May 10, taking into consideration a fresh report of the MP OBC Welfare Commission, which focused on local body wise reservation for the OBCs ‘by keeping in mind the maximum reservation limit of 50 per cent (for SC/ST/OBCs together)’.

It also considered the submission of the MP government that the delimitation exercise for the local bodies has been completed by May 10 and notified.

The notification of the state government on local body wise reservation, to be issued within a week as directed by SC, will make the situation clear.

Earlier on May 10, the SC had asked the SEC to notify the local bodies’ polls in MP within two weeks without waiting for compliance of the triple-test or for fresh delimitation of seats, effectively ending the OBC quota in the polls. The court had said that there was no need for provision of OBC quota as of now in the poll notification. The court said that the pro-OBC parties were free to nominate OBC candidates for general category seats.

This had led to a huge political uproar in the state with the BJP and Congress blaming each other for the development. The OBC Mahasabha had called for a bandh in Madhya Pradesh on May 21 in protest. The BJP government had then decided upon filing an application for modification of the order and the OBC panel had presented fresh detailed data in the apex court on May 12.

The OBC Mahasabha has as of now decided to go ahead with its protest on May 21, saying that the 50 per cent overall reservation limit means OBC rights continue to be violated as though their population is huge, the community will get only limited reservation in some places and no reservation in others. A meeting of the organization has been called on Wednesday evening for a final decision on the matter.

BJP, Cong welcome decision; yet blame each other

The BJP and the Congress have both welcomed the decision of the Supreme Court to allow OBC quota implementation, but continued to blame each other.

Chief minister Shivraj Singh Chouhan called it a historic day and added that truth always won. He said that the BJP government always wanted to conduct local bodies’ polls with OBC quota and due to the fresh order of the SC, the polls will be conducted in a happy atmosphere. He however did not comment on the 50 per cent reservation cap.

Chouhan added that it was the Congress that went to the SC on the issue and therefore an order of polls without OBC quota had come, but the government continued its efforts and the OBC commission also presented local body wise data as sought by the court. “When we decided on seeking modification of the order, Congress said it can’t happen. They were happy to put BJP in the dock, rather than worrying about OBC people. But those who sinned have been defeated and we will be happily going to polls with OBC quota,” Chouhan said.

MP Congress chief Kamal Nath said that the Congress had been saying from the first day that there should not be conducted without OBC quota and took up the matter in the Assembly which led to unanimous resolution on the effect being passed. “Shivraj government was responsible for violation of rights of the OBC people. If it had complied with the triple-test norm in time and did not present a half-baked report in the court, such an unpleasant situation wouldn’t have arisen. The government woke up only after the rights of OBC were taken away.”

Nath further said that the SC decision on OBC quota on Wednesday came as a big relief and the Congress welcomed it. However, the 27% per cent quota for OBC, as increased by the Congress, will not be possible as there is mention of 50 per cent cap in the SC order. “We did not have any hopes of welfare of OBC people from the Shivraj government, so we have already decided to give 27 per cent tickets to OBC candidates in the local bodies’ polls. We are committed to ensure that the OBCs get their right of 27 per cent reservation and we would continue to struggle for that,” he said.