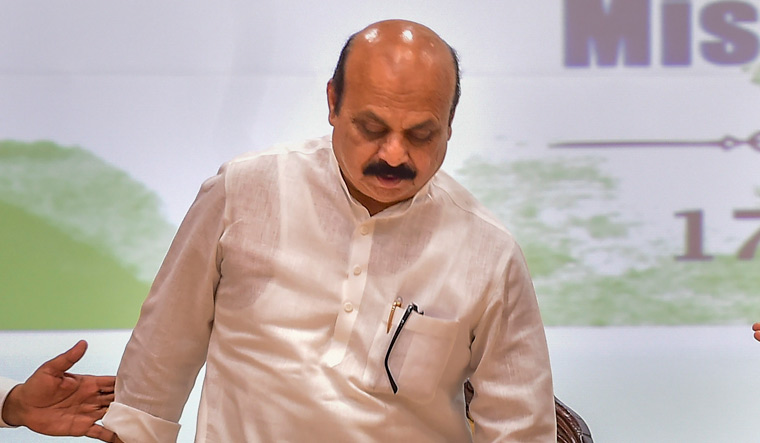 Faced with the possibility of local body polls that were due, following the recent Supreme Court order, Karnataka Chief Minister Basavaraj Bommai on Friday said the government is considering moving the apex court seeking time to fix reservation for other backward classes (OBCs) or for an opportunity to go by the reservation that existed until now.

The Chief Minister also expressed hope about getting time.

"On OBC reservation.....one case regarding BBMP (Bruhat Bengaluru Mahanagara Palike) is pending before the Supreme Court, secondly regarding Zilla and Taluk Panchayat polls too we have to request that we (govt) have to give OBC reservations legally and constitutionally," Bommai said.

Speaking to reporters here, he said the options before the government were to appeal for time or to request for an opportunity to go by old OBC reservation.

"We are hopeful of getting time...We have to go for polls with OBC reservation, either to go by reservation that existed so far or give time for new reservation," he added.

The apex court said the ongoing activity of delimitation or formation of the ward cannot be a legitimate ground to be set forth by any authority to not discharge its Constitutional obligation in notifying the election programme at the opportune time and to ensure that the elected body is installed before the expiry of five-year term of the outgoing body.

The bench said its order and directions are not limited to Madhya Pradesh but to all the states/ union territories and the respective election commission to abide by the same without fail, to uphold the constitutional mandate.

The zilla and taluk panchayats elections that were due in May-June 2021 were not held, as the state government constituted a delimitation commission to redraw panchayat boundaries; subsequently the Supreme Court said OBC reservation in local bodies should be provided after passing a three-pronged test criteria.

In the case of the BBMP, the civic body has not had an elected council since 2020 and is being governed by senior IAS officers as its Administrator and Chief Commissioner.

Elections to the city civic body were due in 2020, but the government started a delimitation process to increase the number of wards under BBMP from 198 to 243. In December 2020, the SC stayed the elections and the case is still pending.