A BJP leaders claims references were a slip of tongue 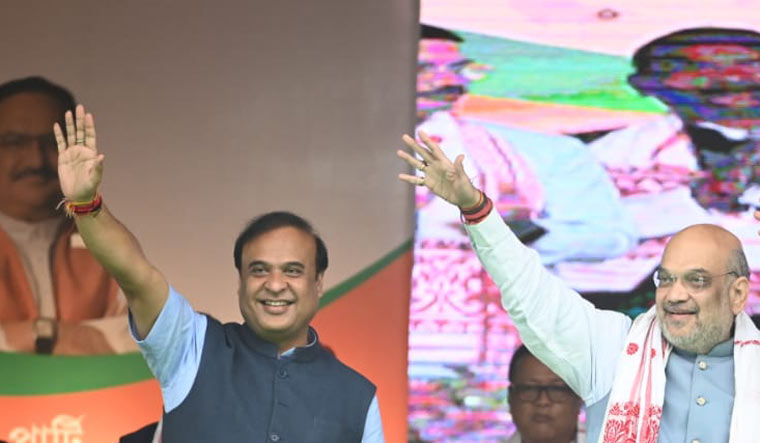 The recent visit to Assam of Home Minister Amit Shah had been much anticipated. This was because of continued opposition in the state to the implementation of the Citizenship (Amendment) Act and continuing calls for repeal of the Armed Forces (Special Powers) Act from the whole of Assam.

But on Tuesday, Shah's visit came into focus for a wholly different reason: Assam Chief Minister Himanta Biswa Sarma referred to him as “prime minister”.

Speaking in Assamese at an event, Sarma welcomed “Prime Minister Amit Shah” and referred to “Home Minister Narendra Modi”. A senior BJP leader, who declined to be named, told NDTV the references were a slip of tongue.

But the Congress has gone to town with the mix-up. Rohan Gupta, chairman of the Congress's social media department, tweeted on Tuesday “Breaking News. India got new Prime Minister and Home Minister today”.

The Assam Congress unit tweeted a video clip of Sarma's comments and asked “Was that intentional??”

The Assam Congress unit referred to Sarma's prominence in the previous Sarbananda Sonowal government and asked whether the BJP had decided its next prime minister to replace Modi.

“When @sarbanandsonwal Ji was the CM, MP @pallablochandas on several occasions referred to cabinet minister @himantabiswa ji as the CM in public! Has #BJP decided its next @PMOIndia replacing @narendramodi Ji? Or a campaign has been launched to promote @AmitShah ji as the PM?" the Assam Congress tweeted.