We were told that we could take them only in an IAF plane, says a student 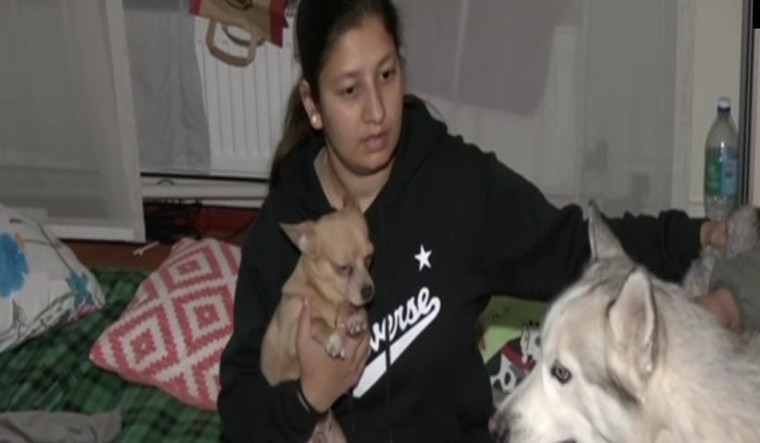 Indian students, who have moved out of war-torn Ukraine and are now stranded in Poland, say they are facing problems in bringing their pets with them.

Vaibhav, who brought his pet from Kharkiv and is now stranded in Rzeszow, Poland, said the students are facing problems in taking their pets along with them as IndiGo didn't allow them to board with pets.

"We were told that we could take them only in an IAF plane. We brought them from Kharkiv with us and are in talks with the Indian Embassy," news agency ANI quoted him as saying.

Another Indian national, who is lodged in a hotel in Rzeszow said, "Due to space constraints, pets were not being allowed in trains, but we somehow brought them with us from Kharkiv after spending a lot of money. We are waiting for special flights for those with pets to be flown to India."

During the last few days, a couple of Indian students had declared that they will not leave the war-torn country without their pets.

India has been evacuating its citizens through special flights from Ukraine's western neighbours such as Romania, Hungary and Poland as the Ukrainian airspace has been shut since February 24 due to the Russian military offensive.

Till date, the IAF has evacuated a total of 1,428 Indians on seven flights, all of which have been operated through its C-17 aircraft.