Bommai said he has sought an appointment with the top leaders 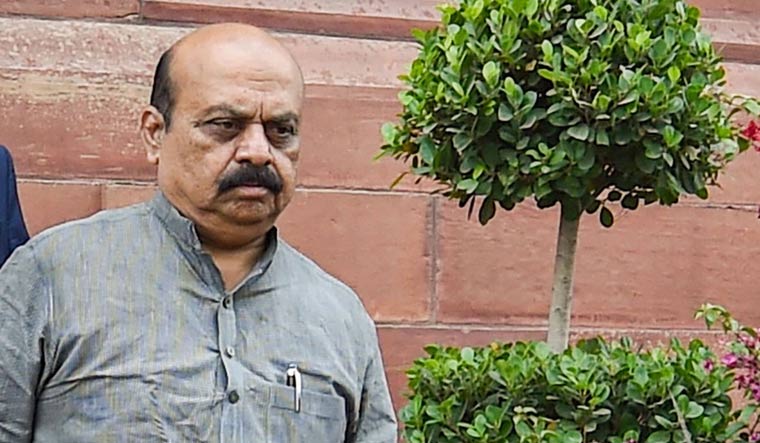 Karnataka Chief Minister Basavaraj Bommai on Monday said he would discuss the issue of cabinet reshuffle if he gets an appointment with top party leaders during his two-day visit to the national capital.

"These issues can be discussed if the central leadership gives time. I cannot share immediately. I can share only after the meeting and before leaving (for Bengaluru),” he told reporters here.

Bommai said he has sought an appointment with Union Home Minister Amit Shah as well as the party national president J P Nadda.

"I will meet them if they confirm," he added.

The chief minister also reiterated that he won't discuss the issue of cabinet reshuffle in public, indicating the pressure he is facing over the issue.

"I have already said I do not want to discuss in public about the cabinet reshuffle," he said.

Pressure is mounting on the Karnataka chief minister to expand or rejig his cabinet soon, amid talks in party circles that the exercise is likely only after the upcoming assembly elections in Uttarakhand, Punjab, Uttar Pradesh, Goa and Manipur.

Citing Karnataka assembly polls in 2023, several legislators, including Basanagouda Patil Yatnal and M P Renukacharya, have openly said that if the cabinet exercise is delayed and carried out after the elections in the five states, it will be too late for new ministers to make any mark, even in their own constituencies.

Recently, some legislators have even been advocating Gujarat-like overhaul of the Karnataka Cabinet soon, to make way for new faces.

In September, the BJP completely overhauled the Gujarat's Council of Ministers by selecting new faces for the Bhupendra Patel government, with no minister from the previous Vijay Rupani-led ministry being inducted.

Bommai had repeatedly stated that he is waiting for the BJP leadership's consent on going ahead with the cabinet expansion exercise.

There are currently 30 ministers in the Karnataka Cabinet, including the chief minister, against the sanctioned strength of 34.