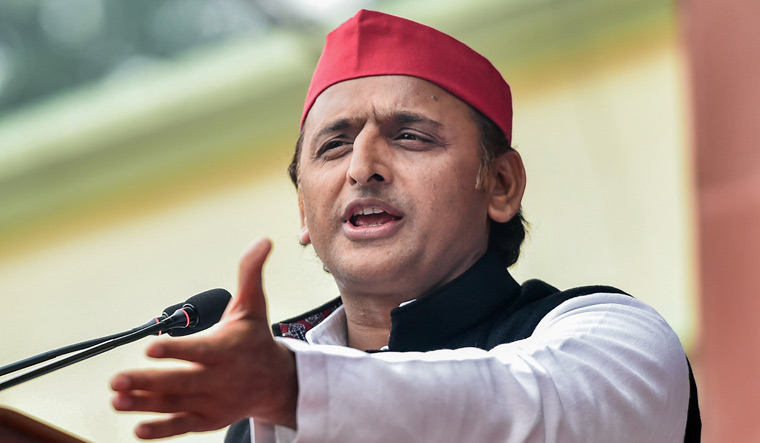 The BJP on Monday slammed Samajwadi Party chief Akhilesh Yadav for his reported comments that China is India's real enemy while Pakistan is a "political enemy" which is targeted by the ruling party for "vote politics".

BJP spokesperson Sambit Patra said this shows Yadav's mindset and he should tender an apology to the country for the comments which show his "love" for Pakistan.

What the SP president has said is very unfortunate and disappointing, he said.

Speaking to reporters in Lucknow, Patra said Yadav had also brought M A Jinnah, Pakistan's founder, into the Uttar Pradesh assembly poll campaign as well, and claimed that while the BJP under Prime Minister Narendra Modi and Chief Minister Yogi Adityanath is campaigning on development issues, the SP is depending on Jinnah and Pakistan.

An interview in the Economic Times quoted Yadav to have said that India's real enemy is China while Pakistan is a political enemy which the BJP attacks for its "vote politics".

He also hit out at the ruling party for China's alleged encroachment on Indian land.

Taking a swipe at him for the SP asking the Election Commission to ban opinion polls, most of which have shown the BJP ahead of the rival party, Patra said Yadav will find fault with EVMs after March 10, when votes will be counted.

On Maharashtra Chief Minister Uddhav Thackeray's statement that Shiv Sena has "wasted" 25 years in alliance with the BJP, Patra said he has raised a question on his father's decision.

Speaking on Uttar Pradesh, he also said that it is a secure and aspirational state under the leadership of Modi and Adityanath.

"The BJP's are Purvanchal, Bundelkhand, Ganga and Gorakhpur link expressways. The SP's are gundai expressway, rangdari expressway, dangai expressway and mafia expressway. You have to select between the two", he said.

Patra said the people of the state are intelligent and wise, and will choose development.

Polls in Uttar Pradesh will be held in seven phases beginning February 10.