The daily positivity rate has reached 17.94 per cent 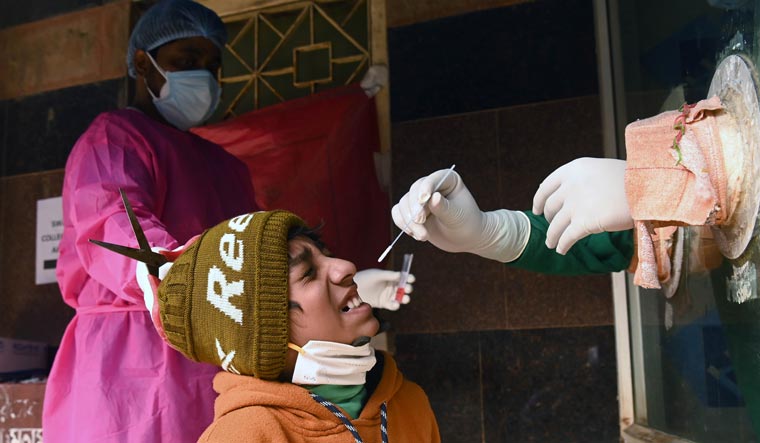 A child being tested in Kolkata | Salil Bera

The worrying surge in Covid cases in India continued on Friday. Data released by the Union health ministry on Friday morning stated a total of 3,47,254 cases had been recorded in all states and Union territories in the past 24 hours.

The numbers on Friday mark an increase of 29,722 cases over the figure reported on Thursday.

The figures take the number of active Covid cases in the country to 20,18,825 and total cases to 3,85,66,027. As many as 703 deaths were also reported on Friday, taking total fatalities to 4,88,396. The daily positivity rate has reached 17.94 per cent and the weekly positivity rate has reached 16.56 per cent. The number of Omicron infections in the country has reached 9,692. Omicron cases have been reported in 29 states and Union territories.