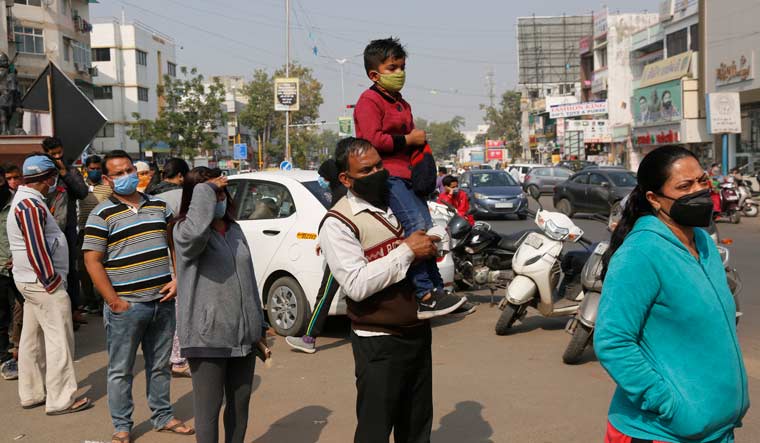 People queue to get tested for COVID-19 in Ahmedabad | AP

With COVID-19 cases in Gujarat skyrocketing, the opposition Congress in the state have demanded a five-day public holiday beginning Saturday to break the chain of infection.

Former Gujarat Congress president Siddharth Patel’s appeal came on a day when the state recorded 21,225 new cases in the last 24 hours that ended at 5pm. With 16 deaths, the official death toll in the state has gone up to 10,215. Active cases in the state stand at 1,63,843.

Though the Vibrant Gujarat Summit was postponed, several pre-summit programmes were organized across the state.

Patel said that if the chain of infection is to be broken public holidays should be announced for five days beginning Saturday.

Newly-appointed state Congress president Jagdish Thakore alleged that the state government of Gujarat has hidden the real death toll. After the Supreme Court pulled up the state government, it approved 58,840 cases for death compensation. According to Thakore, 11,000 applications are under process and about 5,000 have been rejected.