Maharashtra Congress chief says he can beat up, badmouth Modi

Patole later clarifies, says he was referring to a local goon 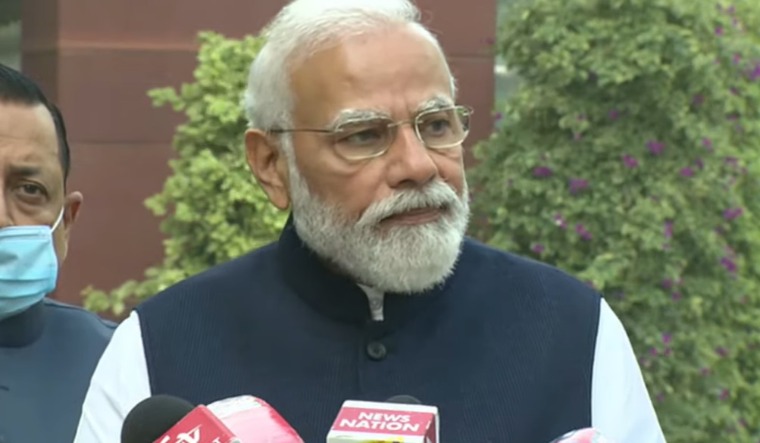 Maharashtra Congress chief Nana Patole found himself in the middle of a controversy on Monday after a video of him saying he can “beat up” and “badmouth Modi” went viral, prompting the BJP to launch an attack on him.

Patole, however, later said he was not referring to Prime Minister Narendra Modi but a local village goon.

In a purported video, which was tweeted by a channel and then by Leader of Opposition Devendra Fadnavis, Patole is seen talking to villagers in Bhandara district and can be purportedly heard saying, “I can beat Modi, I can badmouth him. Which is why he came to campaign against me.”

In his defence, Patole said citizens had complained to him about a local goon named Modi in his constituency, adding that the video of him talking to villagers was "viciously" being made viral on social media.

“Let me clarify again that I was not talking about the Prime Minister, but about a local goon named Modi," Patole asserted.

Latching on to the purported comment, Fadnavis said in Punjab, the prime minister was stuck on the road for 20 minutes and the Congress chief minister there did not even take note of it.

“Now, the Maharashtra Congress chief says he can beat up Modi and badmouth him. What is happening with the Congress. The party, which at some point of time, was involved in the freedom struggle, has stopped this low,” Fadnavis tweeted.

Fadnavis went on to say that Patole had grown only physically, not mentally.