BJP can deny tickets to them if it wants to, says the SP chief 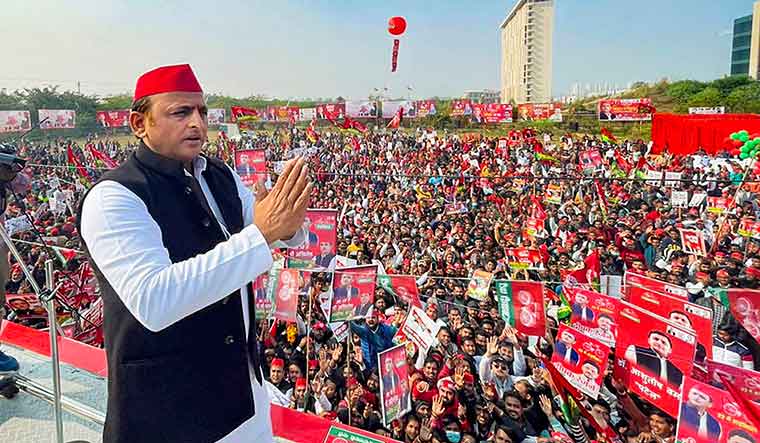 Samajwadi Party president Akhilesh Yadav said on Saturday that he would not allow any more BJP MLAs or ministers to join his party. The statement came a day after the former chief minister welcomed seven ex-MLAs, including two ministers, who had quit the Yogi Adityanath government just days ahead of the Assembly elections.

“Let me tell the BJP that I will not take any BJP MLA or minister anymore. They can deny tickets (to their leaders) if they wish to,” Yadav said at a press conference.

Former ministers and key OBC leaders Swami Prasad Maurya and Dharam Singh Saini had joined the SP in Lucknow in the presence of Yadav on Friday. Five other BJP MLAs—Roshanlal Verma, Brijesh Prajapti, Mukesh Verma, Vinay Shakya and Bhagwati Sagar—along with Apna Dal legislator Chaudhary Amar Singh also joined the SP in what was seen as a major setback to the ruling party.

All these leaders alleged that the Yogi Adityanath government had ignored the interests of Dalits and backward classes.

The developments appear to strengthen the SP’s influence among the non-Yadav OBCs in the state, less than a month before the crucial elections that will also have an impact on the 2024 parliamentary polls.

Uttar Pradesh goes to polls in seven phases from February 10 to March 7. The counting of votes will take place on March 10.